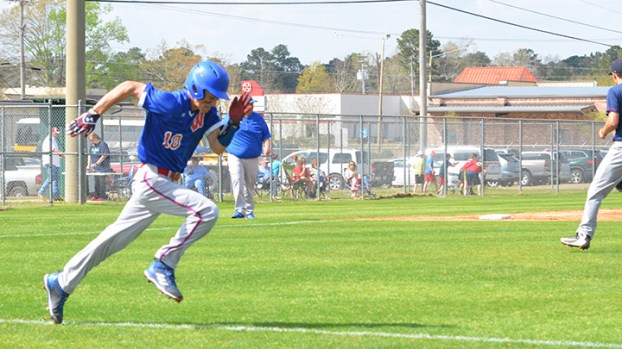 Wesson struggled for much of the year, but when playoff time comes around everybody starts out with the same record: 0-0.

The Cobras will take on Morton on the road starting on Thursday night in the first round of the 3A playoffs.

Wesson’s biggest contributions this season at the plate have come from freshman Conner Diamond. He’s hitting .429 with a slugging percentage of .571 and an OPS (On Base Percentage Plus Slugging Percentage) of 1.127.

Wesson has relied heavily on two pitchers this season in Colton Newman and Kenner Bizot.

Newman has thrown 25.2 innings on the season with 27 strikeouts over those innings.

Bizot has worked 27.2 innings on the year, and has struck out 30 people.

Morton went 15-8 in the regular season and 7-2 in district play. The Panthers won their final seven district contests to garner the No. 1 seed in the district.

The Panthers have three hitters with OPSs over 900 in Fred Harper, Coby McCroy and Easton Porter.

Monday (If necessary): 7 p.m. at Brookhaven

The Brookhaven Panthers will start playoff action on Thursday night when North Pike High School comes to town for a best-of-three series.

Brookhaven comes into the playoffs with a 16-7 record, and a 7-2 mark in district play.

The Panthers are hitting .352 as a team and have a team OPS of .954. The Panthers have four starters with batting averages of .410 or higher.

The Panthers are led by Jacob Porter at the plate. Porter is hitting .473 on the season with a .690 slugging percentage.

North Pike comes into the series with a 9-10 record and a 3-6 mark in their district.

Killingsworth is the ace pitcher of the Jaguar staff as well, having thrown 35.1 innings with a 2.18 ERA. He’s struck out 43 hitters and has a .82 WHIP (walks and hits per inning)

Kole Alford is the number-two pitcher for the Jaguars. He’s thrown 24.2 innings this season and has a 1.99 ERA with 33 strikeouts.

The winner of the series will take on West Jones High School in the second round.

When Enterprise took the first two games from Loyd Star in late March, the Hornets still controlled their fate to... read more