BHS off to 2nd round vs. West Jones — Panthers are on the road to Laurel Friday night to take on Mustangs 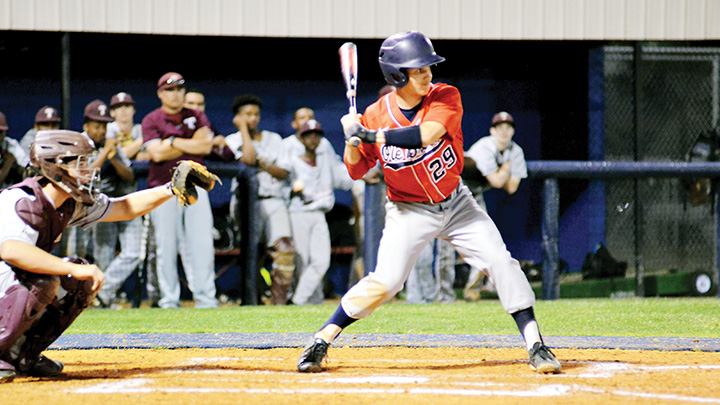 Brookhaven won an emotion-filled game three 12-8 against North Pike on Monday night with senior Tyler Mixon throwing six innings of relief for the Panthers to advance them to the second-round against West Jones Friday night.

Brookhaven comes into the series with a 18-8 record and a 7-2 mark within their district.

The Panthers, from an offensive standpoint, have displayed gaudy numbers throughout the year with five players having an OPS of more than one.

Brookhaven has three pitchers in Sevante Quinn, Trace Owens and Tyler Mixon that’ll give them a chance to win any series that they play.

Quinn comes into the series with a 3.08 ERA on the season, having pitched 38.2 innings and recording 49 strikeouts.

Owens threw a gem in game two against North Pike to put Brookhaven into game three last weekend. Owens has a 1.96 ERA over 39.1 innings and 31 strikeouts on the season.

Mixon is likely the first reliever that Brookhaven baseball coach Matt White calls on when things get tough, as Mixon has been dominant in relief appearances this season.

Mixon has thrown 31 innings on the season, with only one start, and has only allowed 18 hits and eight walks, good for a .84 WHIP. Mixon has struck out 36 hitters this season and has a 1.88 ERA.

West Jones was afforded the first-round bye in the playoffs as the Mustangs went 23-2 on the season and 9-0 in district. The Mustangs only loss to 5A competition came against highly-touted Hattiesburg.

The Mustangs have been superb on the mound, as their two front-line pitchers have ERAs under one.

Hayden Bryan has thrown 28.1 innings for the Mustangs and has only surrendered 14 hits and eight walks, good for a .78 WHIP. Bryan has struck out 40 hitters and has a .74 ERA.