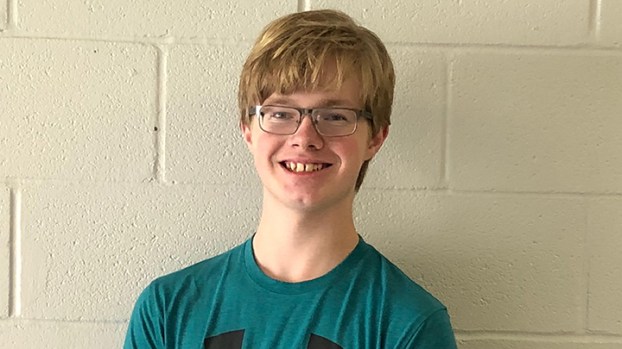 An Alexander Junior High eighth-grader scored a 30 on the American College Test on his second try.

However, Dylan Becker, the son of Kayla Becker of Brookhaven and Dave Becker of Nashville, Tennessee, has set a goal of perfection. He wants a 36.

The national average ACT composite score for the 2017 graduating class was 21. That same year, Becker was a 13-year-old seventh-grader taking the four-hour test for the first time. He scored a 27 then.

His mother knew he’d do well, but even she was shocked at his first score.

“Oh my goodness, it was very surprising,” she said. “He’s a very bright child so I knew it wasn’t a fluke.”

The ACT is a standardized multiple-choice test used for college admissions much like the Scholastic Aptitude Test. It consists of four tests: English, math, reading and science.

Becker scored a 35 on the English portion, but his math score was his downfall.

“Math is his weakness,” his mother said. “He’s had Algebra I this year. Last year, he hadn’t even had algebra.”

Another difference that can account for the three-point jump on his composite score is extra practice. He’s attended a weekly ACT workshop after school several times this year.

The teenager suggests taking the test as early as possible, then repeating it as necessary to achieve the highest score possible before college.

Becker’s strategy, though, is to take it as many times as it takes to get at least a 34, though he’ll be shooting for the top score because of his own competitive nature. The higher score will likely secure offers of college scholarships.

“I want to go to the best college I can get into for free,” he said.

Becker hopes to use the ACT to get to the FBI, so he wants to go somewhere with a good criminal justice program.

At AJH, Becker is in the band and runs cross country. He’s also president of the Student Council.

“He’s very driven. He always has been,” Kayla Becker said. “It kind of shocks me but it kind of does not. He’s always been driven and wanted to learn things. I taught him to read at 3.”

Elected officials hope to create a newer roadmap for Brookhaven that will take the city into 2020 and beyond. But... read more