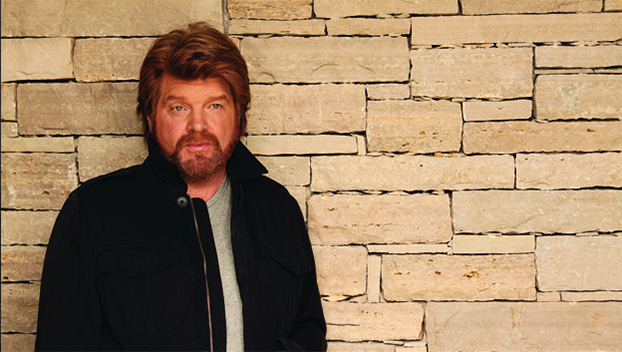 Mac McAnally will kick off the Natchez Festival of Music.

NATCHEZ — The Natchez Festival of Music’s 2018 season, Sound Waves, kicks off this weekend with the opening night gala at 7 p.m. Saturday at the Margaret Martin Performing Arts Center featuring Mac McAnally with members of the Coral Reefer Band.

Creative director of Imaginary Company Vidal Blankenstein said the performance is a great way for Natchez residents and visitors to enjoy an evening of Mississippi culture.

“This is going to be a relaxed event with great music performed by a great Mississippian,” Blankenstein said.

McAnally — a nine-time recipient of the Country Music Association’s Musician of the Year award — started out playing piano and singing in his childhood church in Belmont.

He was signed to his first label in 1977, and since then has written several hit songs including “Back Where I Come From” and “It’s My Job.”

Today, he writes for Jimmy Buffett and is a member of the Coral Reefer Band.

Blankenstein said the music fest offers something for all ages to enjoy throughout the season.

Each Saturday morning of this month there will be performances for children starting at 10 a.m. in First Presbyterian Church. She said new and fun performances will occur weekly at the church at no cost to attendees. Natchez Festival of Music’s Sound Waves season will continue through the month with weekly performances.

Blankenstein said the 7 p.m. Tuesday event titled Rossini Puccini and Martini’s will feature several artists, including Jeremy Brauner, Peter Lake, Elana Gleason, Grace Sellers, Julie Silva, Patrick McNally, Virginia Hesse and Rahim Mandal and attendees may sip on their favorite beverage as they listen to the performers at the former depot building on the bluff on Broadway Street, tickets are $15 each or $10 for students, adults with children and active military.

Local artists in the Alluvial Funk band will perform at Bowie’s Tavern Wednesday, tickets are $8 each — children must be accompanied by an adult 21 years old or older.

In the show Phantom and Beyond, Joseph Britain will creatively meld together various songs on the organ, including those performed in Phantom of the Opera, film scores by John Williams and even classic rock. The show starts at 7 p.m. May 10 in FPC, ticketed at $15 each or $10 for students, adults with children and active military.

The British Invasion of Natchez II is a continuation of last season’s hit and features songs from Sergeant Pepper’s Lonely Hearts Club Band and will feature music by The Beatles, The Rolling Stones, The Who, Led Zeppelin, David Bowie, Elton John, Eric Clapton, Queen and Pink Floyd’s The Wall.

Blankenstein said Natchez Festival of Music has been gearing up to surf the Sound Waves season for a while. She said visitors and Natchezians might like to enjoy the evening with a favorite meal in the city or drinks at the Grape Escape room’s cash bar, which opens at 6 p.m. before the show.

SEATTLE (AP) — Food and drinks that were supposed to be destroyed instead wound up on the shelves of discount... read more