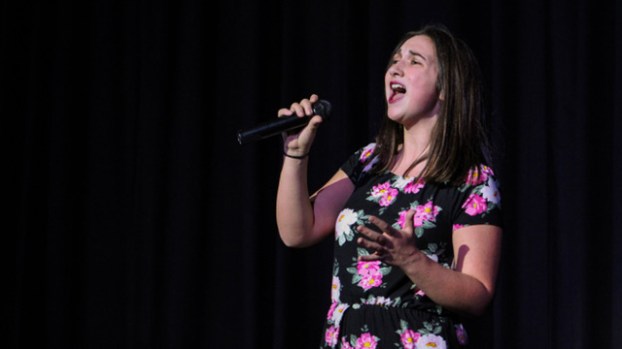 One local teenager, Abby Matthews, is set to hone and achieve all three with her vocal and musical ability when she competes at the Celebration of Music singing competition in New Orleans Tuesday night.

“This is the first year of this competition, and the way it works is that there are 18 contestants in the competition who are actually being voted on right now in hopes of winning the big prize,” Matthews said. “The winner of the most votes will win the opportunity to go to Hollywood to record their first single with iTunes.”

The 16-year-old is the daughter of John and Tonya Matthews and attends Copaiah Academy.

She’s had the musical ambition and drive since childhood. To help improve her skills for the performing and musical arts, she has taken up many different lessons, ranging from vocal training to piano, and even the ukulele.

In addition to the individual lessons and skill-sharpening, Matthews is set to step away from her high school and begin more study in the field of music by transferring to the Mississippi School of the Arts in Brookhaven this fall.

Matthews’ singing career has been helped along by numerous coaches and teachers, one of whom is Lorin Lewis, a well-known vocal coach in Brookhaven, and mother of former Miss Mississippi Laura Lee Lewis, who also placed in the top 5 in the Miss America Pageant.

“Abby is a delight to coach,” Lewis said. “She’s a very talented young woman with a great attitude and sincere desire to be the best performer she can be. Her commendable work ethic and drive to excel has prepared her to experience many amazing opportunities. I look forward to watching her future unfold. She is definitely one to watch.”

During a recent small-venue performance and photoshoot, Matthews performed the classic “Somewhere Over the Rainbow.” She said she chose the song because the message in the music speaks to her own life experiences.

“I had a friend who actually battled cancer, and she was constantly trying to get over it and to get through it,” Abby said. “So if we all told ourselves that there is always something good on the other side, or in this case, ‘over the rainbow,’ we would find true happiness and accomplish anything.”

Voting for the competition has already begun. Fans can support Matthews by going to celebrationofmusic.com and clicking the contestants page to find her name. A valid email address is required to vote.

The members of Brookhaven First Assembly are skipping the mudbugs this year, but not the party. For nearly a dozen... read more