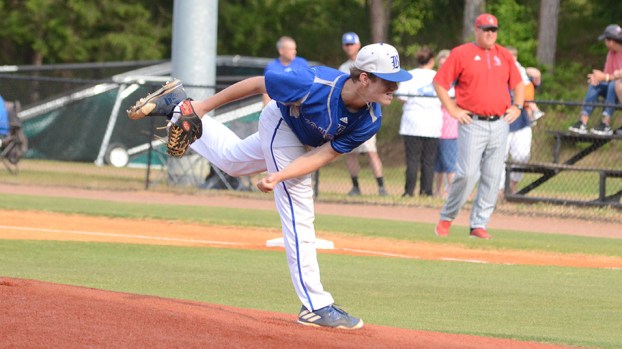 The second, and possible third game, will be back at Brookhaven Academy on Thursday night, starting at 5 p.m.

The Tigers and Cougars have played once this year, with Centreville coming out with a 4-2 victory, putting up three runs in the top of the seventh inning to erase a 2-1 deficit.

The contest was early in the season, and some of each team’s players were still playing basketball at the time.

In the contest, Caston Thompson threw six scoreless innings for the Cougars, only giving up two hits and striking out seven while not giving up an earned run.

Jace DeLee threw for the Tigers in the game, going 4.2 innings and not surrendering an earned run in the contest.

“I know that they’re a good team,” Brookhaven Academy baseball coach Tyler Parvin said after his team’s first-round win over Amite School Center. “We played them early in the year, and they’re fundamentally sound. We’re going to have to play well.”

Centreville comes into the series with a 18-6 record, and they went 8-1 within their district. The Tigers have won six of their last seven contests.

The Tigers beat Newton Academy 2-0 in the second round of the playoffs, after having a bye in the first round by virtue of winning the district.

Wyatt Brabham and Dustin Roberts are the leading hitters for the Tigers coming into the series hitting .400 on the season.

DeLee is the ace pitcher on the Tigers team, as he’s thrown 26.2 innings this season and only given up 16 hits. He’s struck out 37 hitters on the season and has a 1.31 ERA.

The Cougars have posted some dominating numbers at the plate, with five players having OPS’s of over one coming into the series.

O’Neil Burgos leads the Cougars with a .449 batting average and a 1.043 slugging percentage.

Tanner and Tucker Watts are both hitting over .300, and Brady Spring and Dawson Flowers both come into the contest with batting averages north of .400.

The Cougars are led on the mound by Tanner Watts and Caston Thompson. Watts has thrown 26.2 innings on the year, only giving up 18 hits and striking out 26. He has a 1.58 ERA on the year.

Thompson has thrown the most innings for the Cougars with 39 innings pitched. He’s struck out 49 hitters and given up only 19 hits on the season. He has a 1.79 ERA for the season.

Brookhaven Academy ready for Centreville in semifinals — Cougars start series on the road Tuesday, will continue at home

Brookhaven Academy’s Caston Thompson is in the eighth grade. He didn’t look like it on Thursday night when he threw... read more