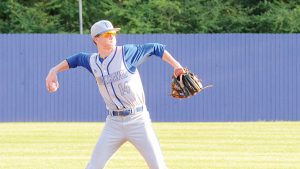 After falling to Centreville Academy in game two, the Cougars were forced to win a game three to advance to the state championship series on Tuesday against Tri-County Academy.

They did just that dominating the Tigers 13-2.

Dawson Flowers drew the start for the Cougars, and Tanner Watts came in for a relief appearance, after dominating the Cougars in five innings on Tuesday night.

Brookhaven Academy will travel to Tri County Academy next Thursday for games two and possibly three after hosting game one at home on Tuesday night.