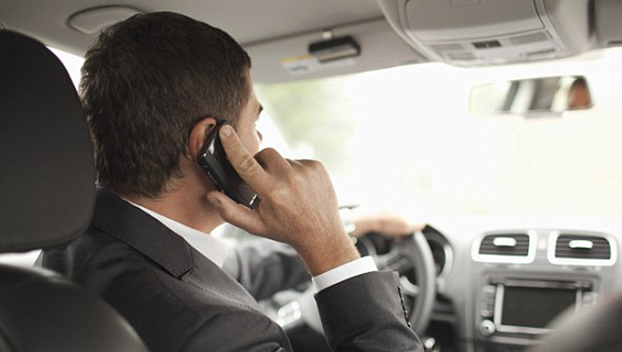 BATON ROUGE, La. (AP) — A ban on hand-held cellphone use while driving is advancing in the Louisiana Legislature, steps from final passage.

Rep. Mike Huval, a Breaux Bridge Republican, had to bring the proposal up twice to get the 53 House votes needed to pass it. The Senate transportation committee continued advancing the measure Thursday, sending it to the full Senate for debate without objection.

State laws that already prohibit texting or posting to social media sites while driving would be extended to manually using the phone in any way. That includes making or receiving a call, transmitting electronic data or reading online sites.

But people could still make calls through a wireless connection or a headset.

The change would take effect Jan. 1.

Huval said 15 other states have adopted similar laws. He described it as a safety measure, offering a litany of examples of car crashes involving people on their phones. Huval said Louisiana is ranked seventh in the country for traffic fatalities.
“It’s to try to cut back on the number of people who are going to get killed or seriously injured because of distracted driving,” he told senators.

Several insurance company and insurance-industry organizations supported the legislation, suggesting the prohibition could help lessen insurance premiums by cutting down the number of accidents and, therefore, the number of insurance claims.

Opponents said the bill adversely affects the poor, who don’t have newer cars with Bluetooth capability, more advanced smartphones or money for headsets. They said speaking hands-free would give drivers a false sense of security that somehow they were safer to have lengthier phone calls. And they said many of the stories about accidents during Thursday’s testimony involved texting while driving, which already is illegal under Louisiana law.

Though no one objected to advancing the proposal, several senators seemed skeptical of its benefits.

“The texting to me is what’s the problem,” said committee Chairman Page Cortez, a Lafayette Republican.

Sen. Gary Smith, a Democrat from Norco, said several types of distracted driving, such as posting to Facebook and Twitter while driving, already are illegal — and people still do it every day. He said distracted driving involves more than talking on a cellphone, noting he watched a woman putting on her eyeliner while driving this week and veering around on the roadway.

“A police officer could stop someone swerving in and out of their lane already,” Smith said.

Supporters of Huval’s proposal said police officers have difficulty enforcing the current bans on texting and posting to social media sites while driving because people can simply say they were dialing the phone or looking up a number.

Under Huval’s bill, exceptions to the hand-held cellphone ban would be made for law enforcement officers, firefighters and emergency vehicle drivers while performing their duties.

Violators of the ban would face a fine of up to $125 on a first offense, up to $250 on a second offense and up to $250 and a 15-day drivers license suspension on third and subsequent offenses.