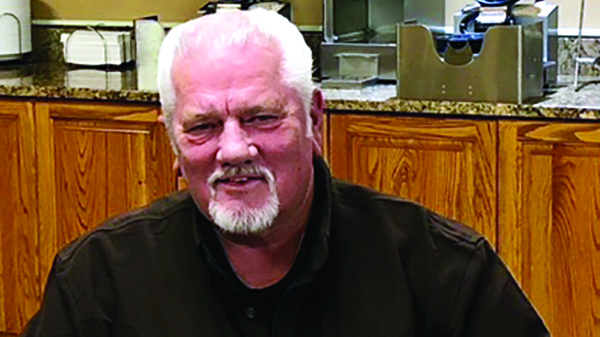 Dwayne Burns spent the two years of his retirement since his wife died doing what he did best — watching over people and making them smile.

Whether it was bringing them a plate of chitterlings, telling jokes or hosting crawfish boils at the house he refurbished for himself and Judy at the end of Longwayte Drive, just off Calvary Drive Southwest in Bogue Chitto.

Burns, 69, died Sunday morning within hours of one of those mudbug parties.

The state fire marshal is investigating the cause of the fire that started around 3 a.m. Sunday.

Bogue Chitto VFD Chief Blake Wallace, a friend of Burns’, was the first to arrive at the blaze to find the home “completely, fully engulfed.”

Burns’ grandson met Wallace in the yard and said he believed his grandfather, who lived alone in  the single-story, wood-frame house, was still inside. The man’s vehicle and motorcycle were both parked nearby and they did a search around the exterior of the home for Burns.

Wallace said after firefighters put out the fire, Burns was found deceased inside the residence.

Burns’ oldest daughter, Samantha Kelly, said her dad had joined several friends and family members who were gathered at the house to eat crawfish in the carport.

Everybody finally cleared out around 2 a.m. and her son — Burns’ grandson who lives in a garage apartment on the property — drove to the truck stop to buy cigarettes, she said.

When he came back home he saw the glow from the fire.

Kelly said her dad was found sitting in his chair and likely died from smoke inhalation, though the cause of death won’t be determined until an autopsy is performed this week.

She said Burns was always funny and tried to look at things in a light-hearted way. He was nicknamed “Lightning Bug,” loved to ride his motorcycle, go to the Ruth auction and eat chit’lins from a restaurant near Foxworth every first Monday of the month.

Kelly said Burns served proudly as a trooper with the Mississippi Highway Patrol. He joined as a dispatcher the same year she was born — 1966 — then later became a trooper.

When he retired after nearly 23 years, he joined the Lincoln County Sheriff’s Office.

“He wasn’t ready to put his gun down,” she said.

He worked there eight years and was able to make a difference in several people’s lives. One man posted on Facebook that Burns had arrested him then befriended him. Now he’s a pastor in California.

“A lot of people that Dwayne arrested over the years have come back and thanked him for getting them on the right path. He would always talk to them and encourage them,” she said. “A lot of people didn’t like him, but more people did like him than didn’t.”

Rhonda Reeves and her husband were some of the latter. Burns joined them at Poppa’s Fish House Saturday afternoon for a Mother’s Day dinner with some of Reeves’ family.

The Reeveses have known Burns for years and counted on his visits to brighten the day. Burns often brought Reeves chitterlings back when he ate just because he knew how much she loved them.

“He always had a hug for you, and plenty of jokes,” she said.

Burns lived in the house he rebuilt for him and his wife. They’d moved it from Nature Trail to the family property and refinished it themselves.

He liked to stay busy after Judy died, but he liked to be at home, too, Kelly said.

“He said if he stayed at the house he could see Mom everywhere,” she said. “He had missed her terribly. They had had one of the most unique relationships I have ever seen. They just really loved each other.”

Burns leaves behind four children and 11 grandchildren, whom he dearly loved.

“He was a fool over those grandchildren,” Kelly said.

She said her father will be remembered as someone who loved life.

“When he retired, the song he played on the radio was ‘My Way’ by Elvis Presley. And he did,” Kelly said.

Riverwood Family Funeral Service is in charge of arrangements.

Local authorities are investigating the death of a McComb woman whose body was found in the backyard of a business... read more