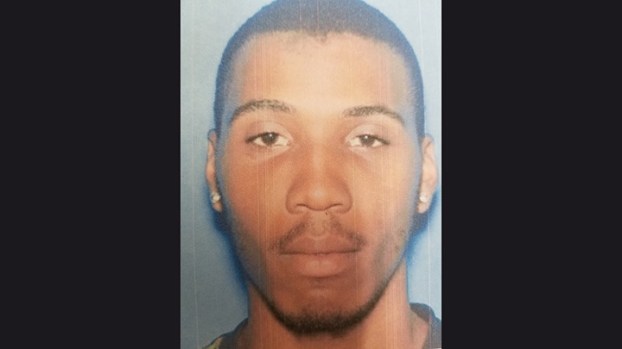 Brookhaven police on hunt for suspects in armed robbery

Brookhaven police are asking for the public’s help in locating a man wanted for questioning about an armed robbery that allegedly occurred near the Piggly Wiggly parking lot on West Monticello.

Police are hoping to locate two men who are accused of robbing a woman at gunpoint  May 30 outside the Brookhaven Wash & Dry next to Piggly Wiggly.

BPD posted a fuzzy photo of the pair on the social media which appears to be taken from video footage from inside a grocery store. Collins said the two men may have gone inside Piggly Wiggly before the alleged robbery took place outside. Police have not said if Simmons is one of the men suspected of robbing the woman.

The woman told police that around 1:30 p.m. that day a young male had held her at gunpoint and took $62 from her wallet before fleeing north into the neighborhood behind the grocery store. The woman — who spoke to The Daily Leader two days later — said she was sitting in her truck smoking a cigarette between loads outside the laundromat when the attacker approached from her blindside.

She said the man asked for a cigarette so she reached over the console for one. When she turned around, he held a pistol to her head.

The woman said the attacker and another young male had approached her about 10 minutes before the robbery and asked for a ride, which she declined to give, while she sat in her vehicle, parked on the side of the laundromat facing North Church Street. She said both appeared to be young teenagers, and she saw the second youth — who she said was wearing a gray shirt — across the street near the intersection of North Church and West Court streets shortly before she was robbed.

Authorities are investigating the death of a Bogue Chitto man they believe died as a result of injuries sustained in... read more