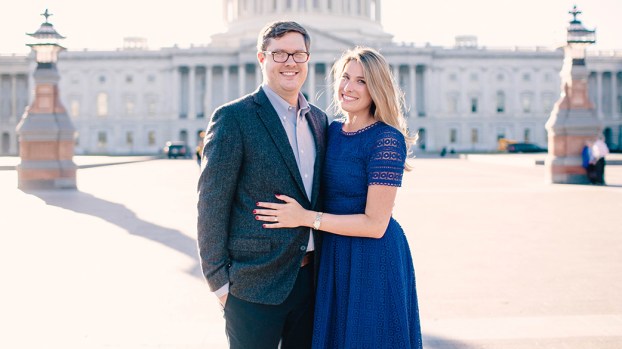 The bride-elect is the granddaughter of Ann Ault and the late John Miller Ault of Ashburn, Virginia, and the late Mr. and Mrs. Thomas Edward Coulter of Grosse Pointe, Michigan.

Miss Ault is a 2006 graduate of Okemos High School and a graduate of the University of Michigan with a bachelor’s degree in history.

She is employed at The Close Up Foundation in Alexandria, Virginia.

The prospective groom is the grandson of Bobbie Pace, the late Jeff Davis Pace Sr. of Canton and the late Cecilia Clanton of Jackson, and the late Mr. and Mrs. Troy Lee King of Pelahatchie.

He is employed as legislative director in the United States House of Representatives.

The couple will exchange vows on Saturday, July 21, 2018, at Holy Trinity Church in Washington, D.C.

Debbie Britt and Darrell Britt announce the engagement and approaching marriage of their daughter, Leah Denise Britt of Brookhaven, to... read more