The owner of 601 Sports in Brookhaven is expanding the business to Meridian, starting with a 10-lane, air-conditioned shooting area called The Range at 601 set to open in early August.

Jason Martin-Nez will soon open his third 601 Sports — this one in Lauderdale County in the space previously operated by Modern Outfitters on Hwy. 39. He purchased the building less than three weeks ago.

His plan is to fill the 4,000-square-foot retail area with inventory aimed mostly at hunting enthusiasts. While the range — about 6,000 square feet — will open in August, he has not set an opening date for the retail store.

The Range at 601 is designed for shooting handguns and rifles up to 25 yards. Memberships will be available along with firearm safety classes and certifications.

The 36-year-old Martin-Nez, a Vicksburg native living in Flowood, looked at Meridian four years ago when he wanted to open a sporting goods store across the state from his flagship store in Vicksburg. He had a location picked near Bonita Lakes Mall but heard a national sporting goods chain was coming in so decided a better location for him would be Brookhaven. He opened his store on Brookway Boulevard — as Hobie’s Sports — three years ago.

When Martin-Nez was younger, his father owned a small hunting goods store in Vicksburg though he eventually sold it. Martin-Nez grew up hunting and fishing, and enjoyed the Southern trinity of football, baseball and basketball. That’s why when he opened his first store in Vicksburg, it catered to  outdoors enthusiasts as well as sports fans and players.

“Then we opened up the Brookhaven location and it’s doing well,” he said.

His dream was to own two stores. Now he’s working on a chain.

“I always thought Meridian was the perfect spot for us but it didn’t work out the first time,” he said. “But it worked out this time.”

With the help of his family, including younger brother Ryno Martin-Nez, he’s also planning to expand the Vicksburg store to include a shooting range.

“We’re going to start on that later this year,” he said.

The Brookhaven store, in its current location, isn’t ideal for a shooting range.

“We lease a building there so we’re kind of landlocked at the moment there,” he said. 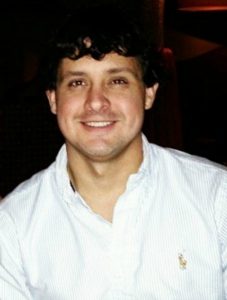 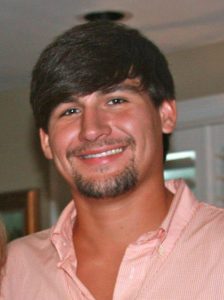 Divorces Divorces filed with the Lincoln County Chancery Court during the week of June 22 are: • Joseph Steven Bailey... read more