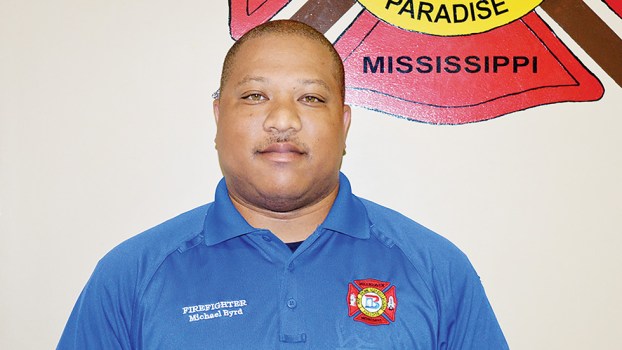 Firefighter living out his dream

Michael Byrd grew up dreaming of becoming a firefighter one day.  As an adult, he lives out his dream by working for the Brookhaven Fire Department.

Byrd, 31, is a 2005 graduate of Brookhaven High School.  He attended Copiah-Lincoln Community College for a short time before deciding that he wanted to follow his childhood dream of becoming a firefighter.

“I always enjoyed helping people, and I feel like when God puts you into a position to help you should take advantage of it.”  Byrd said.

He has worked as a fireman for almost eight years.  He attended fire academy in Pearl, and he has received his fire investigator certificate.  When he isn’t at a station or out on a call, he likes to fish, ride his motorcycle and spend time with his family.  He attends St. James Missionary Baptist Church.

Byrd is the son of the late Michael Byrd Sr. and Thomaszeen Byrd.  He has three siblings — Jermaine, a lieutenant for the Brookhaven Fire Department; Shana, a teacher at New Zion Headstart; and Jaton, a nurse at Brookhaven Children’s Clinic.  He has been married to his wife Brandy for three years, and they have a son — Amare, 10.

He knew he wanted to be a firefighter because he aspired to help people and make a difference.  For anyone considering becoming a firefighter, he certainly recommends the job.

“It’s a great career, there’s a lot of good and bad to it,” Byrd said. “There’s things you may not want to see, but it’s well worth it.”

Although being a firefighter is very physically demanding, Byrd takes it in stride.  It gives him an opportunity to be a role model for his community.  He loves his job, and he wouldn’t want to do anything else.

To Byrd, a hero is someone who possesses courage and bravery more than anything.

City workers make a hole in one

Officials said it was a minor issue that looked much worse. The Brookhaven Street Department closed the intersection of North... read more