She wasn’t there. She didn’t see it happen. She doesn’t have any evidence.

All Sharon London can do about her sister’s murder three years ago is keep talking.

“And, maybe, someone with a conscience will come to the police department and help them solve Bridget’s murder,” said London. “That’s where we are today — three years later, we’re no farther along. We’re still in the same place. We know the players, but we don’t have the extra puzzle piece to put it together.”

London, a 44-year-old Brookhaven native who works for AT&T in Birmingham, Alabama, talks every year at this time, trying to keep the unsolved murder of Brookhaven’s Bridget London Hall, 43, fresh in the city’s mind. It was late on a Monday night, July 6, 2015 when Hall answered a knock at her door on Vivian Merritt Street and was greeted by a flight of bullets that left her dead on the floor, with two of her four children in the house.

One thousand days later, there have been no convictions for Hall’s murder, only speculation, as the names of those thought to have played some part in the night’s events are tried for other crimes, or shot dead themselves, or just forgotten. Either no one knows, or no one is willing to tell.

“I want people to think, ‘What if it was me?’” London said. “How would I feel at this point? What if that was me, or my daughter, my child, my sister — what would I want? Would you want justice? I’m not asking for anything that isn’t automatically what the system should do for you, and that’s justice.”

Hall’s murder could be simple, or it could be tied up with other deaths from 2015. London believes her sister’s murder was carried out in retaliation for a shooting death the previous day.

It was Sunday, July 5, 2015 when 25-year-old Kelcay Anthony Humphrey was shot a dozen times and killed. Police arrested Claudis D. Montgomery for the murder and held him for a month, but released him after a Lincoln County grand jury declined to indict him.

Montgomery’s brother, Claude Montgomery, was dating Hall at the time. London believes her sister was murdered to send him a message.

For London, “why” is the hard part. Her little sister grew up singing at church, at weddings and funerals, was a cheerleader and homecoming queen in high school. She was a mother of four. She had lived in Memphis, Tennessee, but moved back to Brookhaven just a year before her death to be closer to her older children who had stayed behind. She worked in a local doctor’s office.

“You could have told me 1,000 different ways she could have died and not once would it have been on the list that someone walked up to her and gunned her down,” London said. “But when somebody knocked on your door, in Brookhaven, you open it.”

Three of Hall’s children are grown now, and one remains a student at Brookhaven High School. They’re being looked after by their father, Johnny Hall, chief deputy with the Lincoln County Sheriff’s Office.

“I want somebody to come forth and give us something to bring these guys to justice,” he said. “Not only did they take a mother, they took a sister, they took my friend — even though we were not married, she was still my friend. She moved out of Memphis to get her kids away from danger, and look what happened to her.”

Police Chief Kenneth Collins is requesting the public’s assistance for information in the murders of Hall and Humphrey.

“We know there’s people in the community with the answer to it and we know that they may be afraid, but every day men and women in law enforcement risk their lives, too, trying to keep this community safe,” he said. “At some point, I hope they find the courage to stand up and let’s get the people in jail who are responsible for these heinous crimes. Somebody’s got to take a stand. Somebody’s got the answer here in the community and we’re asking that they find the courage to come forward to help us solve this case as well as the others. Somebody in this community holds the key to all of this.” 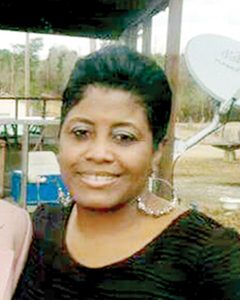 The fate of the city’s garbage is in Brookhaven aldermen’s hands. The board will decide between three trash collection services... read more