Two brothers stopped by deputies recently took different paths to get to jail. One chose the easy option and remained in the vehicle, while the other led law enforcement on a foot chase before he was cuffed.

Tony Humphrey, 38, of 972 S. First St., was charged with improperly operating equipment, resisting arrest, driving on the wrong side of the road, fleeing or eluding police in a motor vehicle and no drivers license.

Anthony Humphrey, 45, of 1040 Hwy. 550 NW, was booked for misdemeanor possession of marijuana.

Rushing said Humphrey was following too close to the vehicle in front of him.

“He crossed over on the center line and had a broken tail light,” he said. “When he tried to stop him, that’s when he ran.”

Rushing said the deputy attempted to make the traffic stop, but Humphrey drove for another mile before stopping. When he pulled over, he took off on foot.

Anthony Humphrey was arrested at the scene, Rushing said.

Tony Humphrey was unsuccessful in his bid to outrun Lincoln County deputies and was caught after a brief chase.

Rushing said Humphrey also had outstanding warrants on him for possession of a weapon by a convicted felony and contempt of court on an assault charge and also a simple domestic violence charge. 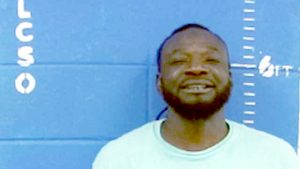 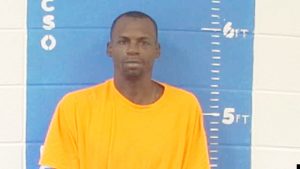 JAs want children to ‘fall in love’ with reading

The library and Junior Auxiliary are partnering up for a day of back-to-school fun. On Aug. 11, the Lincoln County... read more