A Lawrence County musician is up for Southern Rock Song of the Year at the upcoming Josie Awards for “Bless Your Heart,” as well as the video of the song which was partially filmed in Brookhaven.

J.F. Oakes, of Monticello, shot “Bless Your Heart” in September at Betty’s Eat Shop, Magnolia Blues and Brookhaven Music & Sound Co. He also did some filming at Monticello United Methodist Church in his hometown.

The song was the first single from the album, “West of Capricorn,” which released in November.

“Bless Your Heart” is a Southern rock and country tune the 53-year-old musician penned that tells the story of a man and his ex-wife and the feud between them. It’s got fun, tongue-in-cheek lyrics and several interpretations of the Southern phrase, “bless your heart,” he said.

“West of Capricorn” is also up for Album of the Year.

This is the second solo album for Oakes and marks a return to his Southern rock roots.

“So my friend, Jeffrey Reed, had engineered, mixed and mastered my first solo album — “Acknowledge the Corn” — and was set to do so on this one. So when it came time to record I picked a dream list of musicians from Mississippi to bring the music home and we basically had the same list,” Oakes said. “Everyone gelled pretty quickly.”

The album was recorded over two days at Ardent Studios in Memphis, Tennessee, where Oakes played in the same room used by ZZ Top, 38 Special and Stevie Ray Vaughn.

Returning to record from Oakes’ first album were Grammy winner Billy Earheart on organ and grand piano and Max Williams on electric, acoustic and steel guitars. New to the second album were Justin Showah on bass and Ryan Rogers on drums and percussion.

Oakes finished up most of the remaining work at Dipping Vat Studios in Lawrence County. Studio owner Nick Smith, former guitarist for American Idol finalist Skylar Laine James of Wesson, was the engineer and also added some guitar fills and some lead guitar on a couple of songs as well as a little banjo on one. Tate Moore added some backing vocals.

“It’s just good old Southern rock,” Oakes said. “I call it driving music. For the most part it’s blues based uptempo stuff —12 bars and the truth, I guess you’d say. It’s a lot different than my first album. ‘Acknowledge the Corn’ was originally intended to be a side project of acoustic songs. It turned into something else when my mother passed away and my former band didn’t look like they were going to put out a new album. This one, on the other hand, was always going to be a Southern rock album. I ended up with a gritty, dirty sound that fits what I wanted the album to be. It’s a warts-and-all deal.”

He calls it Southern rock that kicks a bit.

“I’ve got songs about drinking, one about a Civil War soldier, love and hate, and a lot of songs about women. I can’t think of much that’s more Southern than all that,” he said.

The awards show is Sept. 8 at the Celebrity Theater at Dollywood in Pigeon Forge, Tennessee.

The Josie Music Awards was started in 2015 by Josie Passantino and Tina Passantino, who wanted to create an all-genre music and independent artist award show where winners are selected on their talent, skill, material and professionalism rather than button-pushing voting.

Nominee suggestions go through a lengthy review process by a team of industry leaders and the official nomination list is created from their final decisions. Winners are also selected by the same team. 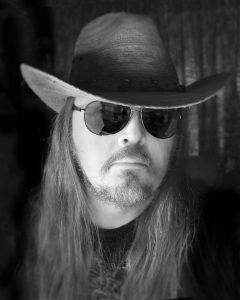