At just 17, Brookhaven native La’Ron Hines is making strides in Los Angeles, as he has landed a lead role in the upcoming teen drama, “Dirt Merchants: Rebelistic” that is now in production.

“I really like both singing and acting equally, I started both around the same time,” said Hines.  “Performing is a love for me.”

Hines has already appeared in five feature films, including “Let’s Kick It,” “Soul Drought,” “Further Instructions” and “No Children Nation.”  In “Dirt Merchants,” Hines will portray a young businessman named Spencer who lives out of his car and uses his street smarts and passion to keep his head above water.

In high school he was involved in choir and the homecoming productions at Brookhaven.  He was also involved in Brookhaven Little Theatre, and one of his first productions to be a part of was “Hairspray,” produced in 2016.

Although Hines moved to Los Angeles to pursue his career, he still misses being home.  When he thinks of Brookhaven, he remembers going to the movies or to Friday night football games with his friends.  He especially misses seeing his extended family, as his parents are with him in California.

“My family’s support is very strong, and I’ve had it from the very beginning,” said Hines.  “Even when I was small, they’ve supported me all throughout my career.”

Not only has Hines appeared in multiple movies, but he released his debut album, “Love Letter,” in 2017. It was produced by Andrew Lane.  He is currently signed with Drew Right Music.

At this point, Hines has finished half of his summer tour, “Boys of Summer,” on the West Coast, and he will soon be traveling to the East Coast for the remainder of the tour.  One of his songs will be featured in the movie “Next Level,” which will be released next summer.

Hines hopes to further his music and acting careers and to improve and expand as an artist. 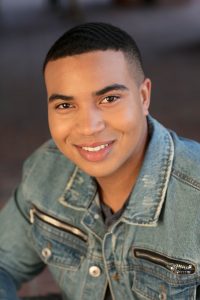 A Lawrence County musician is up for Southern Rock Song of the Year at the upcoming Josie Awards for “Bless... read more