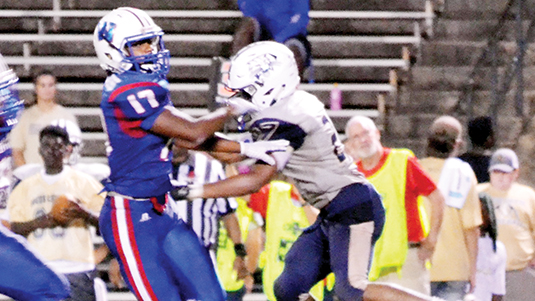 P23: Wesson’s Edwards makes impact on both sides of ball

Victavian Edwards has played all over the place for Wesson over the duration of his career, and he’s going to continue to do so for his senior season.

Edwards lines up at linebacker and wide receiver for the Cobras, and he’s become a good player at both positions.

“He’s really become a leader for us over the past few years,” Wesson head coach Jeremy Loy said. “He’s a good football player and he knows what to do on both sides of the football.”

Edwards had four tackles for loss for the Cobras last season, and he expects to have a similar impact on the 2018 season.

“Last year went OK for us,” Edwards said. “We lost a lot of games that were close at the end, and we’ll have to do better in those this season.”

Edwards had seven catches for the Cobras and amassed more than 40 tackles in 2017, and he plans to improve on those numbers.

“I’ve just been trying to get better over the summer,” Edwards said. “That’s the main goal is to be a leader and make sure we get better. We’ve had really good attendance this summer.”

Edwards’ final season at Wesson comes with a lot of senior leadership and expectations to get back to the playoffs.

“We have a team that can win a lot of games this year,” Edwards said. “We just have to go out on Friday nights and play to the best of our ability.” 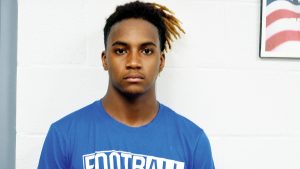 The BHS squad is pumped to cheer on the Panthers