A Brookhaven alderman told a would-be chicken wing entrepreneur he’d be the first to eat at his restaurant, but still voted against him opening it.

Washington, band director at McComb Middle School, passed muster with the Brookhaven Board of Adjustment when they met July 26. They approved his application to use a portable building as an office and business at 304 Hwy. 51 North in the vacant lot between Wilson Auto Sales and KDMC Fitness Center.

Building inspector David Fearn presented their recommendation and Washington to the Board of Alderman for approval. The board spent the next eight minutes quizzing Washington on the particulars of his business.

The portable building will be tied down on blocks and will either be 16-feet-by-24-feet or 16-feet-by-32-feet. He plans to customize it with two drive-thru windows on the sides and a pickup window in the front.

Mayor Joe Cox asked for a photograph or a sketch of the building.

“Yeah, just a standard portable building that you see all around,” Washington said. “You see them everywhere.”

Sullivan and Snider were concerned about the use of a portable building.

“What happens to the building if you decide not to be in business any longer,” Sullivan asked.

Snider said he’d prefer to see Washington move his business into one of the vacant brick-and-mortar buildings on Brookway Boulevard.

That’s not an option for Washington, who taught band in Natchez for five years before taking the job in McComb. His wife, Kendra, is the McComb High School band director.

“I don’t have a business loan. I saved money. I’m a teacher. This is all saved money over the years, planning for it,” he said.

Wilson made the motion to accept the Board of Adjustment’s recommendation and Cameron gave the second. Harrigill voted along with them.

Sullivan and Snider could not be swayed.

“I’ll be the first one to eat chicken from you,” Snider said.

Later in the meeting, Sullivan spoke up during the aldermen’s reports to voice her concern about the number of portable buildings in the city.

“Is it possible to put a moratorium on portable buildings for businesses?” she asked.

Attorney Joe Fernald said the board could repeal the ordinance, but warned Sullivan that she could be sending a message to the public about her thoughts on business.

She said it’s not new business she has a problem with, it’s the appearance of the portable buildings.

“They look cluttery, they’re not attractive, they look like you’re not planning on staying in business for very long, so not going to invest very much,” Sullivan said.

“All of them don’t look like that,” Wilson said. “Some of them look nice.”

“Look how long Catfish One has been here,” Cameron said.

Harrigill tried to explain Snider’s reasoning for his vote was because he’d like to see Washington move into the central business district where there are empty buildings.

“We’re not in the business of brokering real estate,” Fernald said.

“No, but he just makes a good point,” Harrigill countered.

“He does, but also the rent on some of those properties up there he couldn’t go to, he doesn’t have that kind of money. Not everyone does,” Fernald said.

Sullivan also asked about a business on Drury Lane that has been in a portable building for over a year without permission from the city. City Clerk Samantha Melancon said the business does not have a privilege license on file.

“Are we going to just let that go?” she asked.

Fernald said he can look into repealing the ordinance.

“You can do this, but if you start singling people out that are in a certain class, you’re going to run in the same problem we run into every time,” he said. “We’ve already got an issue on signage that has been thrown in our face about we’re not uniform on our size and I don’t know if that’s true or not, but we’ll investigate that. But if we’re not we’re going to have to be real careful what we do.

“Same thing with buildings, if I say I don’t like that building on that street but you don’t do something about one on another street you’re going to have a problem.” 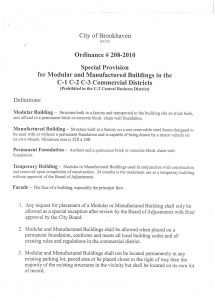 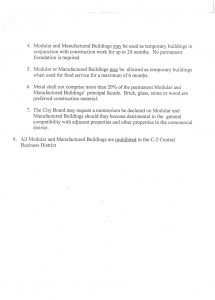 Reggie and Ladye Love Smith are set to headline a concert at Co-Lin later this month. The Blue Wave Show... read more