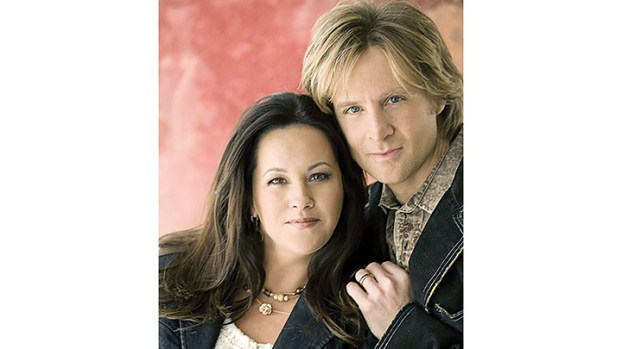 Reggie and Ladye Love Smith are set to headline a concert at Co-Lin later this month.

The Blue Wave Show Band is hosting a concert on Aug. 25 at 7 p.m. featuring Gaither Homecoming family musicians Reggie and Ladye Love Smith.  The purpose of the concert is to raise money for the band’s trip in the spring.

The concert will be held in Rea Auditorium on Copiah-Lincoln’s Wesson campus.  Tickets can be purchased in advance for $20, and tickets bought at the door will be $25.  Contact Crystal Cronin for advance tickets at 601-643-8637 or crystal.cronin@colin.edu.

In order to be considered for participation in the festival, recordings of the band were sent in to be reviewed by a panel of expert conductors and music educators.

“It’s a big honor for our band and for our college,” said Proffitt.

Reggie and Ladye Love Smith have been a part of the Gaither Homecoming family for more than 10 years.  They started out as back-up singers in Nashville and worked their way up to be featured in concerts, tapings and recordings.

The duo has performed at several famous venues such as the Super Bowl, Carnegie Hall and the Kremlin.  They often sing on The Grand Ole Opry with The Carol Lee Singers.