For 10 years as president of Copiah-Lincoln Community College, Ronnie Nettles managed construction priorities across three campuses by saving dollars where he could, going without when he had to and remembering to ask — politely — lawmakers for a little extra to accommodate the approximately 3,000 students the college educates every year. There was always a need for more dorm space, better roads and parking, water and sewer fixes, whether the budget allowed it or not.

Now in retirement, Nettles has left behind a gift that will ensure Co-Lin always has a little something in the bank when it comes time for building — the Dr. Ronald E. and Rosie J. Nettles College Support Endowment, which will provide additional funding for construction projects.

“I am very grateful that this endowment has been established at Co-Lin,” Nettles said. “It will allow the administration to have funds available to meet financial needs of the college such as campus improvement projects, instructional equipment for classrooms or for employee professional development. And I’m glad my wife is also recognized — so much of what the president’s wife does isn’t recognized.”

The endowment was established in Nettles’ honor when friends and colleagues pitched in to meet the $10,000 minimum endowment baseline for the college. The endowment will exist perpetually — the administration will not touch the principal, but use the interest generated to help fund smaller projects like dorm study areas or classroom equipment, or to be paired with other funds for larger campus improvements.

Co-Lin’s enrollment reached an all-time high during Nettles’ 10-year run as president, and he helped institute new programs and services. And he built.

The first project to start under Nettles’ leadership was the Howell C. Garner Instructional Building at the Natchez campus. It was completed in 2011, right after the Alton Greenlee Clubhouse and Pro Shop at Wolf Hollow in Wesson finished in 2010. The new press box at Stone Stadium was completed in 2014, the Early Childhood Education Building finished in 2015 and the new women’s residence hall is scheduled for completion this fall.

“We had funds periodically coming in that allowed us to do those kinds of things, but it was incremental — we might get $4 million in a year to build a dorm, but then we had to wait two or three years for more. Some years, we may not get anything,” Nettles said. “After dealing with the budget for 10 years and always having things I felt like we still needed to do at all three of the campuses, I felt like doing something a little different, an endowment that would allow the president or the administration to kind of fill in the gap for things not normally included in the budget. There’s a wide variety of possibilities. I thought it would be good for the future.”

Nettles, who now lives in Rankin County and runs R&R Nettles Consulting, LLC, an education consulting company, said he wishes he’d been able to expand the college more before his retirement — fine arts programs need more space, the career-tech program needs a boost and some of the athletic programs are due for an upgrade, he said.

“The needs are always there, and (president) Dr. Jane Hulon certainly knows what to do,” he said. “She’s got a lot of experience, and I expect she will continue to move the college forward.”

“We won’t touch the endowment right away — it will need time to grow — but the hope is that it will make a difference on campus for years to come,” she said. “There’s a growing list already, at all times, for the needs of the college.”

Co-Lin’s endowments total almost $9 million, and the school uses them to hand out around 140 scholarships. Anyone interested in donating to the Nettles endowment, any other endowment or scholarship, or establishing a new endowment in honor or memory of a loved one may contact Furr at 601-643-8498 or visit the foundation website at colin.edu/alumni-foundation. 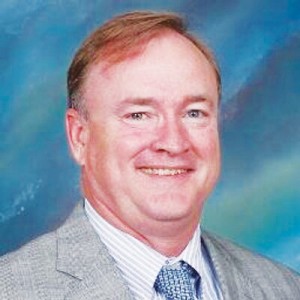 The Daily Leader needs your help discovering the best in Brookhaven and Lincoln County and your opinions could earn you... read more