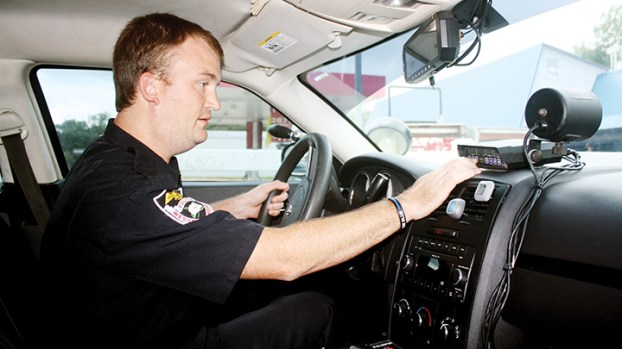 Wesson to seek AG opinion on radar use by police

The Town of Wesson will seek guidance from the attorney general’s office on its police department’s use of radar after an alderman raised concerns the town may not be following the law.

Alderman-at-large Stephen Ashley brought the issue to a head in a heated discussion at a town meeting Tuesday night, urging his peers on the board to seek the state’s blessing on the Wesson Police Department’s use of radar-based speed detection equipment. He said the town’s reliance on older AG opinions and independent population counts may be skirting state law, and he’s worried the town may be forced to pay up if a judge were to find 11 years’ worth of speeding tickets illegal.

“I think we’re in violation of state law, and we’re going to have some issues here with fines we’ve assessed when we didn’t have the right,” Ashley said. “We’ve got a problem here if somebody calls our hand.”

State law requires municipalities have a population of at least 2,000 citizens before using radar, but the 2010 U.S. Census put the Town of Wesson’s population — calculated by including town residents and residential students at Copiah-Lincoln Community College, which is in the town limits — at 1,925. Census estimates show the town has shrunk since then, with the 2017 count at 1,894.

Instead, it uses a census challenge drafted by the Central Mississippi Planning and Development District in 2011 that recounted Co-Lin students living in dormitories to arrive at a final figure of 2,017. The town leans on the recount, coupled with a 2007 AG opinion to the Town of Decatur that concludes a town’s population does not have to be established by federal census, as long as the town is able to prove its backup figures in court.

Decatur sought the opinion back then because it wanted to implement radar after an annexation bumped its population above 2,000 three years before the next census. Ashley wants something more specific to Wesson.

“I suggest we get an opinion from the AG’s office so we’ll be protected,” he said. “My issue doesn’t have anything to do with whether radar is good or bad, or if people should be speeding, it’s about whether or not it’s legal for us to run radar.”

Ashley is driving toward a new AG opinion because he’s afraid the Town of Wesson’s current get-around is flawed. He pointed out the CMPDD recount was rejected by the U.S. Census Bureau in 2014, which continues to list the town’s population at 1,925, and that the town itself uses the sub-2,000 number on numerous other grant and federal program applications.

Ashley also claims the CMPDD recount is faulty — it marks 160 Co-Lin students living on-campus in 2010, a 31-student increase over the census’s count of 129. He contends CMPDD fudged the numbers when counting heads at Ellzey Hall, which housed just 48 students in 2010 after Co-Lin administrators closed the building’s second floor rooms due to the old building’s deterioration.

“Co-Lin is at 427 (students living on campus), which is exactly what the census said,” Ashley told the board. “The census denied the challenge, and after three years of looking at their numbers were correct to start with. We cannot prove we have a population of 2,000 people.”

Wesson Mayor Alton Shaw countered Ashley’s concerns, saying the CMPDD count at Co-Lin was done with assistance from the college and that three attorneys working with the town interpreted the 2007 Decatur AG opinion as covering Wesson’s radar use.

“All I can go by are the legal opinions of the people we pay to give us legal opinions,” Shaw said. “I am comfortable going to court.”

Other aldermen were not happy to hear Ashley’s arguments brought up again.

Ward 4 Alderman Michael King raised his voice at Ashley when the alderman-at-large suggested he was turned on to the radar issue after a recent “rash of speeding tickets.”

“When people call me about speeding tickets, I tell them all the same thing — were you speeding? Why are you speeding?” King said. “Why this fear? Where did it come from?”

Ward 2 Alderman Jarrad Ashley also let his frustration boil over, yelling at his cousin next to him during a defense of radar.

“Do you want somebody coming in front of your house at 40 or 50 mph and hitting one of your kids?” he said. “Radar is meant to do its job. Get a lawyer and take us to court. I’m sick of hearing about it. This has been in effect for 15 years.”

Radar has been used in the Town of Wesson for 11 years. The board of aldermen passed a resolution authorizing its purchase and use on May 1, 2007, and Wesson cops have been running it on city streets — but not on Hwy. 51, by law — ever since.

Shaw defended the use of radar and provided records of town fines, saying that from Jan. 1, 2017, through Sept. 1 this year, Wesson police issued 124 speeding tickets to motorists with the assistance of radar, of which 71 pleaded or were found guilty, 23 were dismissed, 22 failed to appear and eight were offered defensive driving courses to erase the infraction. The citations added up to $3,800 over 20 months of speed enforcement.

“The speeding tickets amount to just over 3 percent of the total amount of fines, and I think that shows we’re not using radar as a speed trap, or to fund a budget,” Shaw said. “There’s been several situations where a speeding stop has resulted in arrests for drugs, or driving under the influence. Radar affords us more protection for the community than just stopping dangerous drivers.”

The board’s discussion quickly turned to schoolhouse rules, with two members of the audience raising their hands for permission to speak and squaring off on opposite sides of the issue, helping either Ashley or other aldermen along in the discussion.

Jean Ricks argued passionately in favor of radar and Wesson police in general, snapping at Danyll Summerall — a recent recipient of a speeding ticket — when she suggested the cops were targeting out-of-towners when issuing citations.

“If you were speeding, what in the heck difference does it make where you’re from?” she said. “I’ve lived in this town 60 years, and I don’t think our police department targets people.”

Ricks suggested the town petition the community and let citizens decide if they wanted radar or not.

“Let’s go get a petition and see who wants to shut down drug houses — I would dare say there’s some drug houses around, and we’d like to see them shut down, but our police chief can’t just walk in there without the proper warrants,” Summrall said. “It would never hold up.”

Toward the end of the discussion, Wesson Police Chief Chad O’Quinn spoke up and supported the town asking for an AG opinion.

“If we need an AG opinion, let’s get it. I have confidence in our attorneys, so let’s do what we need to do,” he said.

Shaw closed the discussion by saying he would contact the AG’s office and ask if the town needs a new opinion or if it can continue to operate radar under the old ruling for Decatur.

Old Glory’s on the move this week

Two members of the Brookhaven Exchange Club ride on the back of a trailer this week as they gather American... read more