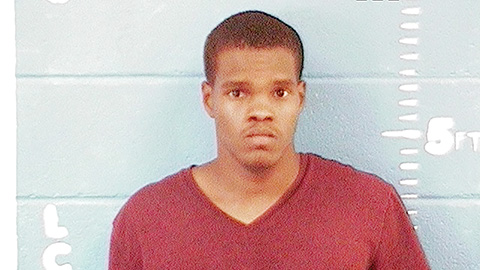 Six inmates held in the Lincoln County Jail for months without an indictment each had their cases taken before a grand jury days after a story about them was published in The Daily Leader.

Daylan Browder, Robert Collins, Desmond Markham and Jesse Smith were all indicted on their charges over a two-day session of the grand jury on Aug. 29 and 30, while Kenneth Graham was released on Aug. 30 and Andrew Rushing was remanded back down to city court, his felony reduced to a misdemeanor.

All six defendants were mentioned in the story, “Almost a year in jail, without an indictment,” published in the Aug. 25-26 weekend edition of The Daily Leader. The story focused on Browder to highlight the breakdown in a citizen’s constitutional right to a speedy trial while trapped in the legal “gray area” between arrest and indictment, with prosecutors and law enforcement disagreeing on the evidence necessary to present them to a grand jury.

Browder was indicted on seven counts of burglary Aug. 30, after sitting in jail for 339 days since his arrest. Collins was indicted Aug. 29 on two counts of armed robbery after a 331-day stay in jail without indictment.

Markham was in jail for 147 days before the grand jury indicted him on charges of possession of a firearm by a convicted felon Sept. 6, and Smith was inside for 130 days before his indictment for first-degree murder that same day.

Kenneth Graham spent 122 days in the county jail on charges of possession of a firearm by a convicted felon before his release Sept. 6. What the grand jury decided about Graham is unknown — the body’s decisions are sealed under state law — but jail records show he went free on Aug. 30.

Andrew Rushing spent 99 days in jail waiting for the grand jury only to have his felony charge for possession of a stolen firearm reduced to a misdemeanor and remanded back down to Brookhaven City Court. He remains in jail on a hold for Copiah County on other charges, but his Lincoln County felony is gone.

An official with President Donald Trump’s campaign says they are canceling a trip to Mississippi because Hurricane Florence is approaching... read more