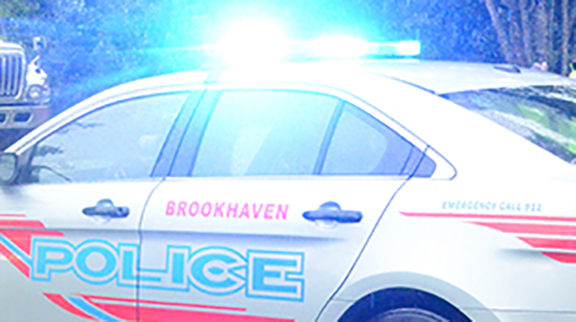 A Brookhaven man is suing the city and two police officers in federal court, claiming his constitutional rights were violated when officers roughed him up in his own driveway after a traffic stop.

The Daily Leader filed a public records request with the Brookhaven Police Department seeking police body camera footage of the incident, but the department had not provided the video or a written denial of the request after seven days, which appears to be a violation of state law. It did provide a letter Tuesday stating the request must be filed with the city clerk, but the city’s own written policy on public records requests does not require this.

James Earl Little Jr. claims two Brookhaven Police Department officers used “abusive conduct” during a traffic stop on Dec. 24, 2016, in which Little was cuffed and placed in a squad car, but never charged nor arrested. Little’s suit is seeking damages for medical costs, loss of earnings, emotional distress, attorney fees and punitive damages against the officers.

“Several of Mr. Little’s neighbors were eyewitnesses to the incident, and we believe their testimony will substantiate the allegations of the lawsuit,” said Ridgeland attorney James M. Priest, who is representing Little. “If the officers had followed proper procedures, Mr. Little wouldn’t have suffered the injuries to his hand and arm. He’s still under medical care for those injuries.”

Little’s lawsuit, filed on June 21, claims he was driving home on Christmas Eve in a recently-purchased vehicle when the officers followed him to his home on Old Wesson Road and questioned him in his driveway about his car’s lack of a tag. When Little told the officers he would retrieve the tag application paperwork from within his home, one officer grabbed him, shoved him against the car, handcuffed him and placed him in a police vehicle while screaming profanity, the suit alleges.

The officers did not arrest Little or issue him a citation. Little claims the detainment injured his wrist, arm and shoulder, and that he remains under the care of an orthopedic surgeon after seeking treatment for his injuries.

The lawsuit states the officers had no reasonable suspicion or probable cause to stop and detain Little, that their conduct was abusive and they used excessive force, and that they violated Little’s Fourth Amendment protection against unreasonable search and seizure and his 14th Amendment right to due process.

The suit also claims the City of Brookhaven’s “failure to investigate, train, supervise, discipline or terminate” the officers, as well as its “failure to adopt adequate policies for the prevention of such conduct” constitutes “deliberate indifference” to its citizens’ constitutional rights.

The city contends the two officers attempted to stop Little on the road and had to pursue him to his home, and that any injuries or damages were the result of his own conduct. The response also alleges Little’s injuries were preexisting.

The city requests Little’s case be dismissed because it fails to state a claim on which relief can be granted, and that the officers should be dropped from the suit because they are covered by the city.

A settlement conference between the parties is scheduled for Jan. 9 at 10 a.m. at the U.S. Courthouse in Natchez. If no settlement is reached, the case will go to trial before Senior District Judge David Bramlette next September.

Little’s claims could be confirmed or denied by police body camera footage of the incident.

As of Tuesday at 5 p.m., the department had not sent either.

Brookhaven Police Sgt. Jonathan Alford sent the newspaper a fax after 4 p.m. Tuesday that said all public records requests must be turned in at the city clerk’s office for review by city attorney Joe Fernald.

But the city’s own policy on public records requests lists no such requirement. Instead, the policy states anyone wishing to make a public records request “shall file with the respective agency or office written application thereof.” The policy goes on to state the application will be reviewed within five working days — state law allows seven working days — and the city will advise the applicant in writing whether or not the requested records are exempt or available, along with estimates of the costs of preparing the records.

The Brookhaven Police Department has honored other public records requests filed by The Daily Leader at police headquarters this year without demanding they be refiled with the city clerk.

The police department’s policy on body cameras requires officers to use the devices any time they interact with the public in their official duties, that they announce the recording is taking place and continue recording until the interaction is completed.

Any time an officer fails to activate the camera or record a complete interaction, the officer must file a report documenting the reason, according to city policy. The report is then kept on file.

The policy requires police supervisors to randomly review recordings, which are to be uploaded by each officer at the end of a shift. The department keeps the footage for 90 days unless the data becomes evidence in an investigation.

It is unclear whether or not the officers recorded footage of their interaction with Little. The time between the incident and notice of the pending lawsuit being given was around 10 months, so it’s unknown if the video still exists.

If the video does not exist, the police department could have said so in response to the public records request.

Bozeman’s customers can get tired in the city