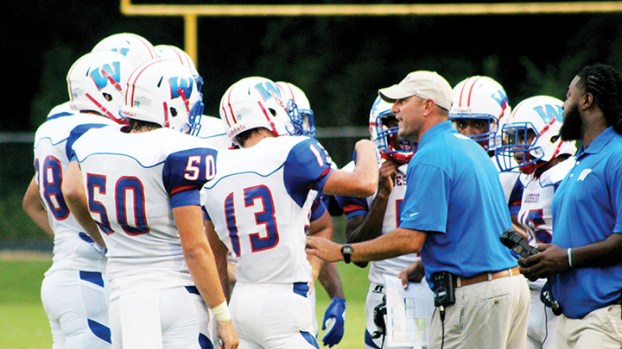 The Wesson Cobras will celebrate homecoming on Friday when they host the Richland Rangers for a 7 p.m. kickoff in H. L. “Hook” Stone Stadium on the campus of Copiah-Lincoln Community College.

The Rangers (0-4) out of Rankin County are winless, but Cobra coach Jeremy Loy says they are still talented.

“They’ve got some good skill positions and can score some points, their problem this year has been stopping people on defense,” said Loy.

The 4A Rangers lost a 49-38 shootout to Puckett in their season opener. They have since been beaten in consecutive weeks by county rivals Pisgah, Pelahatchie and McLaurin. The combined record of their opponents is 13-3 as the Rangers have played a particularly tough schedule to open the season.

Last season the Cobras whipped Richland 47-13 on the road.

The Rangers are led by junior quarterback Christian Benson. Benson is 34-for-62 thus far this season for 455 yards, three touchdowns, and two interceptions. Loy has been impressed with what he’s seen on film from Benson.

On the ground Benson has rushed 69 times for 439 yards and eight scores, which is tops on the team by over 300 yards.

Wesson led 27-7 at halftime, but Loy feels like his team took their opponent for granted in the second half.

“It looked like we thought the game was over after halftime and that’s something we’ve got to correct,” said Loy. “Good teams are going to keep fighting and we’ve got to stay focused and finish games stronger.”

The Cobras got a boost last week from the return of linebacker Jim Guess. Guess had missed the previous two games with an injury and was all over the field for the Cobras against Loyd Star.

Guess — a senior — caught a 45-yard pass that set up a Cobra score, converted a fake punt that he ran for 17-yards, and made 17 tackles including a sack.

“Jim is just a ball-hawk and is always going to be where the action is,” said Loy. “It gave our guys a boost to get him back.”

The pre-game homecoming ceremonies will take place on the field and begin at 6:30 p.m.

Brookhaven Academy had been fighting back all match long after going down 2-0 early to Laurel Christian on Tuesday night.... read more