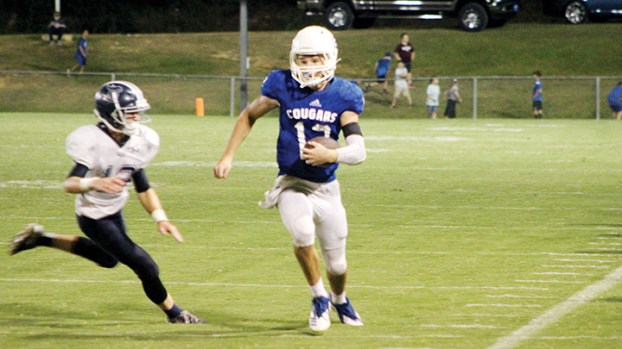 BA hopes to bounce back in Bogalusa

To say that Ron Rushing was underwhelmed with the effort and intensity of his team last week in their 40-7 loss to Sylva-Bay is an understatement.

“We just looked flat from the start and ultimately as the head coach, that comes back on me,” said Rushing. “I’m not going to allow that to happen again, I’ll find guys who bring effort and intensity every week.”

The Brookhaven Academy (2-1) head man and his team will get a chance to bounce back tonight in Bogalusa, Louisiana when they travel to play the Ben’s Ford Christian School Eagles.

The Eagles (1-3) beat the New Orleans Home School Saints — who dat — in their season opener.

Since then Ben’s Ford has been soundly beaten by Bowling Green, Amite School Center and Centerville.

Last season the Cougars whipped the Eagles 48-19 in Brookhaven.

Brookhaven Academy only trailed 14-7 at halftime against Sylva-Bay, but by the end of the third quarter the Saints had scored 20 unanswered points.

The Cougars got on the board just before halftime when quarterback Dawson Flowers used his legs to run for a score.

“We’ve had a good week of practice and I think they’ve tuned in to the message I’ve been giving them,” said Rushing. “I’m focused on us and what we need to do this week to improve.”

The Cougars and Eagles will kick off at 7 p.m.

Correction: The original version of this story stated that Bogue Chitto was hosting Salem. Bogue Chitto is on the road... read more