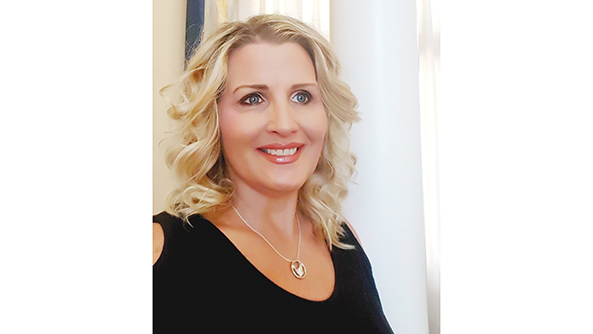 JAs are fighting ‘the silent epidemic’

Chances are you or someone you know has already attempted suicide at least once.

One of every 12 teenagers has tried to take his or her life. For children, teens and young adults, ages 10-24, suicide is the second leading cause of death. More teens and young adults die from suicide than from cancer, heart disease, birth defects, pneumonia, flu, chronic lung diseases, AIDS and strokes — combined. Every single day in the United States, an average of 5,240 people in grades 7-12 attempt suicide.

September is National Suicide Prevention Month. A local group working to shed light on this problem and offer help is the Junior Auxiliary of Brookhaven. Suicide prevention is JA’s theme for 2018, and is also a focus for the Mississippi Department of Education and local school systems.

Herrington will be in Lincoln County next week to speak to groups on the subject. The ministry’s mission is to provide awareness, resources and programs to increase knowledge of, and provide help for, young people dealing with issues such as bullying, suicidal thoughts, depression, self-harm and addiction.

Herrington started her ministry after she lost her teenage son to suicide. She believes God led her to share her story of loss and healing in order to benefit others.

JA event chairman Mendez Vaughn is excited about the partnership of the two groups to reach local schools.

MSA had attempted to have Herrington speak to students during the 2017-2018 school year, but funding issues and scheduling conflicts kept that from coming about. Now, MSA will be Herrington’s first engagement in the city.

Like Herrington, Vaughn’s passion for reaching young people is born out of her Christian faith and her own personal tragedy. In 1994, Vaughn’s 21-year-old brother took his own life.

“Suicide is something that you never experience peace from and you definitely do not see it coming in a lot of cases. So, we do anything we can do,” she said.

Students respond to Herrington’s message at each event, often sharing with her such statements as, “I was planning to take my life today,” or “You changed my life.”

“These are young children,” Vaughn said. “These are 12- and 13-year-olds who shouldn’t even have these thoughts.”

Vaughn and Herrington are already working with the schools that had scheduling conflicts in order to speak at them in the spring — Brookhaven Academy, Loyd Star, Bogue Chitto and West Lincoln. Mississippi’s first lady Deborah Bryant often speaks at churches with Herrington, and hopes to be involved in the spring events, as well.

Herrington provides a suicide prevention hotline number and bracelets for students, is developing a smartphone app and has a “Stop Bullying” personalized car tag option available. One of the goals for her and the JAs is to help schools create small groups for students to meet with one another for encouragement and accountability.

“I think that suicide comes from people believing the devil’s lies. We’re all susceptible, but young people are really susceptible, especially if they don’t know the truth or have not been exposed to truth. So I’ve just prayed truth for youth for a long time,” Vaughn said. “And I think there’s probably a need in our community for adults to attend a session like this to learn how to listen to a child, or talk to a child or recognize warning signs in a child.”

Proceeds from the upcoming Peel ’Em and Eat ’Em shrimp dinner are used by JA to fund events such as these, along with any donations to JA.

“We take all of the dollars and share them right here in our community,” said Vaughn. “Thank you to everyone in the community for helping us help other people, and thank you to the schools, as well.”

Herrington’s speaking schedule for the week includes morning presentations at 10 a.m. and afternoon engagements at 1 p.m.

Monday: Mississippi School of the Arts and Enterprise Attendance Center.