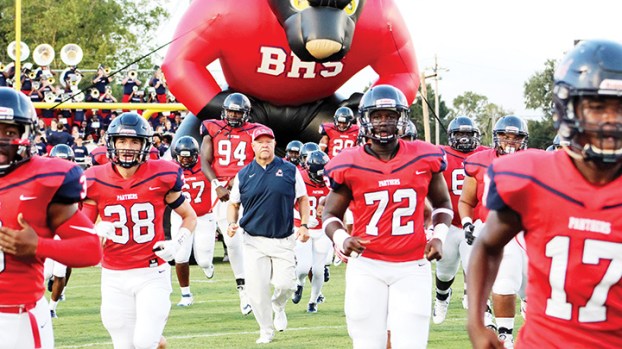 The Brookhaven High Panthers begin Region 3-5A play Friday night when they welcome the North Pike Jaguars to King Field.

The Panthers (3-1) are coming off a bye week and will now play seven consecutive weeks of region play.

First up is a North Pike (1-3) team that is still trying to find their footing in 2018. The Jags were beaten badly in their season opener by Lawrence County 56-27. The following week, South Pike topped North Pike 44-42 in a shootout. North Pike got their first win the next week — 54-23 — against Franklin County. Like Brookhaven, North Pike was off last week. In their final game before the bye, they dropped a close 22-13 loss to Tylertown.

The straw that stirs the drink for North Pike is junior quarterback Alijah Martin. Martin has gone 52-for-87 passing thus far this season, for 876 yards and seven touchdowns. Freshman wide receiver Jemarius Lewis is Martin’s favorite target, as he’s grabbed 19 passes for 247 yards in 2018.

McCoy and his comrades will be tasked with stopping what has been a very balanced Ole Brook offense. Brookhaven comes into the game averaging 164 yards through the air and 144 yards on the ground.

Senior quarterback Sevante Quinn is completing 62 percent of his passes and has only thrown one interception versus six touchdowns this season. Quinn has rushed for 161 yards and five touchdowns while passing for 656 yards.

Junior J.Q. Edwards has rushed for 262 yards on 37 carries. The senior wideout duo of Don Blandon and John Hilbert have combined for 41 catches, 627 yards and five touchdowns.

The Brookhaven defense has benefited from strong linebacker play by the duo of D.J. Durr and Wesley Calcote. Calcote is second on the team with 46 tackles and Durr is third with 27.

The leading tackler for the Panthers is junior head-hunter Byrion Robinson. Robinson has grabbed one interception, caused a fumble, recovered a fumble and made a team-high 47 tackles as a defensive back.

Kickoff on King Field is scheduled for 7 p.m.

For the first time in the school’s history, the Bogue Chitto Bobcats will welcome the Fighting Irish to their campus... read more