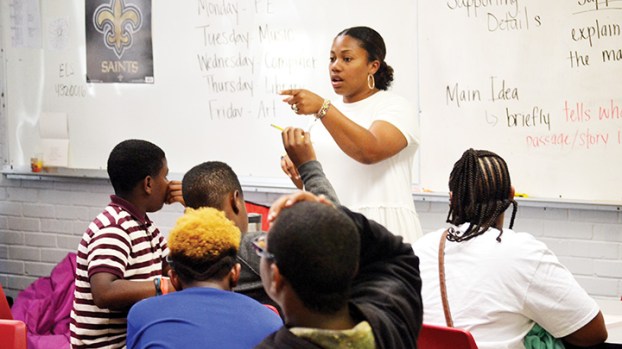 The Mississippi Department of Education’s 2018 school accountability scores assign a grade of “D” to Bogue Chitto, Enterprise and Loyd Star attendance centers, with West Lincoln earning the only high grade of “B.” All the Brookhaven School District schools earned “C” grades except for Alexander Junior High, which turned in the city’s only “D.” All four county schools maintain their letter grades from 2017, while Lipsey School improved one letter grade from last year’s “D” and Alexander fell back a step.

The state’s accountability model measures the performance of schools and districts to see where improvements are needed at each institution. The model has changed frequently in recent years, with constantly-evolving goals and baselines drawing the criticism of school administrators who say they are unable to truly measure performance or adhere to the moving standards.

Accountability results were released to the media earlier this week under an embargo agreement that prevented publishing of the scores until noon Thursday, but the Mississippi State Board of Education decided to delay the release about an hour before the deadline. As a result, media organizations across the state released unofficial results.

The board knocked back approval of the accountability results due to protests from school administrators, and may adjust the “cut scores” that result in letter grades for districts and schools before taking up the numbers again in October.

If so, it would mark the fourth time in five years state education officials have altered the procedures, making it near impossible to accurately judge school performance.

Among local high schools, the greatest deficiencies were recorded at Loyd Star, which saw only 20.6 percent of students reach proficiency in math and 46 percent achieve math growth — growth being the all-important factor that makes or breaks schools in the MDE model. The school’s reading proficiency score was 37.5 percent.

Bogue Chitto’s math proficiency grade is 28 percent, and 50.4 percent of students achieved growth in math. Reading proficiency there is 43.1 percent, while science graded out at 63.5 percent and history at 58.5 percent.

West Lincoln led the county in all categories, with proficiencies of 59.8 percent in math, 54.7 percent in reading, nearly 81 percent in science and 65.5 percent in history.

Three county schools exceeded the state high school average of 33.5 percent for college and career readiness — Bogue Chitto led at 44.8 percent, Loyd Star had 41.7 percent, West Lincoln had 38 percent and Enterprise tailed with 29.6 percent. It was the same with the state’s average graduation rate of 82.8 percent — West Lincoln led with 93.3 percent, Bogue Chitto had 92.3 percent, Loyd Star had 87.5 percent and Enterprise missed low with 76.4 percent.

Brookhaven High School hit close to the middle of the rankings in individual subjects, scoring 39.5 percent in math proficiency, 44.8 percent in reading, 67.8 percent in science and 58.4 percent in history.

But the school turned in high numbers in the important growth categories. More than 69 percent of BHS students achieved growth in math, and 75.6 percent hit reading growth. Growth was exceptional among the school’s lowest-performing 25 percent students at 80.6 percent, and reading growth among those same students was 74 percent.

BHS students scored 36.9 percent in college and career readiness, but the school’s graduation rate is an area-low 71.9 percent.

Elementary and middle schools were graded in fewer categories. Alexander had the highest math proficiency among the younger city students at 36.6 percent, BES, Mamie and Lipsey students all scoring in the high 20s. Mamie’s students led in reading proficiency at 38.6 percent, while Alexander brought up the rear at 26.1 percent.

Check maps before applying for board

Tate McCaffrey is living on the edge. Not in a rock n’ roll sense — he’s a stable guy, with... read more