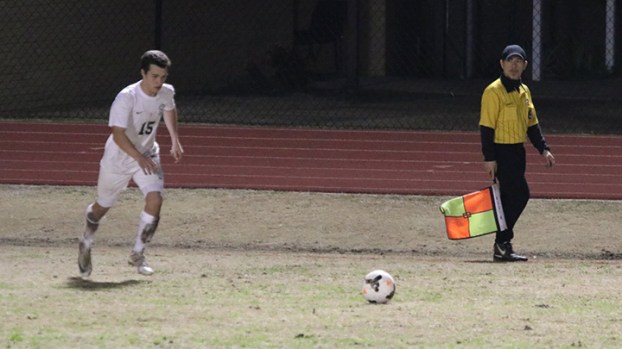 The Southwest Mississippi Association of Soccer Officials will have a mandatory meeting for those interested in serving this season as high school soccer referees on Monday. The meeting starts at 5 p.m. and will be held at the Mississippi Forestry Commission Office on County Farm Road.

The association assigns officials for games in Lincoln, Adams, Pike, Lawrence, Franklin and Copiah counties. With West Lincoln and Bogue Chitto adding soccer in recent years, there is a greater need for area officials than in the past.

There are fees associated with registering to become an official. The MHSAA charges a $45 registration fee, and those who want to call MAIS games will owe an additional $40. There is also a $25 fee to be paid to the association.

The officials must also cover the cost of buying their own uniform. What to wear and where to buy it will be covered at the meeting.

The draw for many officials is to work with student-athletes and help grow the game of soccer in the area. Also, the pay isn’t bad, either. Early in the season — before most schools begin district play — they will use a two-referee crew to call their girls’ and boys’ games. In that instance both referees get paid $65 per game.

When district play starts schools use a three-person crew. The center referee gets $65 per game and the two assistant referees — the two refs running up and down the sideline with a flag in their hand — make $55 per game.

Sellers doesn’t want a lack of experience to keep those interested away. Rulebooks will be given out at the meeting and technical aspects of the game will be discussed. Potential refs also must take and pass an online test prior to the season.

“You don’t have to be an expert to come to the meeting and learn more about what it takes to work as an official,” said Sellers.

Have an evening with the Wolf Pack

The Copiah-Lincoln men’s basketball team is holding “An Evening with the Wolf Pack” on Monday night in Brookhaven. The event... read more