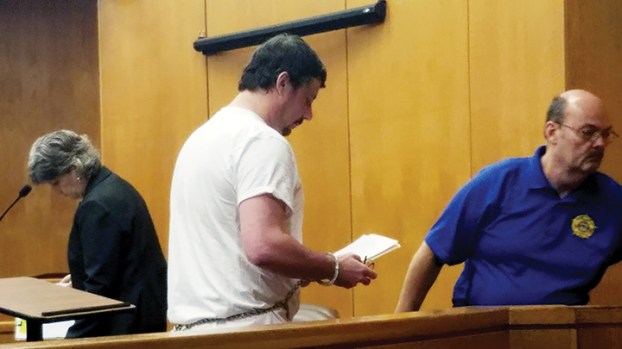 Smith pleads not guilty to murder

A man accused of fatally shooting an acquaintance earlier this year pleaded not guilty to the charge of first-degree murder Monday in Lincoln County Circuit Court.

He has been in Lincoln County Jail since his arrest April 22.

Smith has not retained counsel and has no monthly income prior to his arrest. He told Strong he has two acres of land in his name, when asked.

Strong decided to complete the formal arraignment despite Smith not having an attorney, but told him to get an attorney before his next court date.

Assistant District Attorney Brendon Adams read the indictment against Smith during the arraignment.

Bennett spent April 20 with his parents, leaving for his home, which his parents owned, around dusk. His father visited the house, which is two doors down from his own, about 8 p.m. He said in April that when he left, Smith and another man were with his son. Police said Bennett was shot to death there sometime that night.

Strong set an omnibus hearing for Smith Nov. 13 at 9 a.m.

Absentee voting has begun, and there’s still plenty of time before November’s election for civic-minded citizens to get their voting... read more