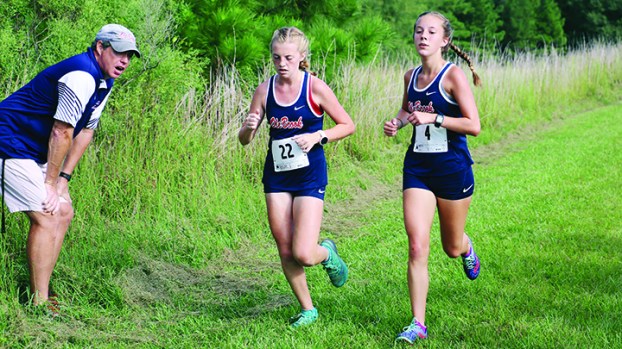 Aubree Britt of Loyd Star was the top finisher in the girls’ division on Saturday at the West Lincoln Cross Country Meet.

Britt beat out 17 other runners with a time of 22:08 to claim first place. Marlee Gunnell placed fourth for Enterprise and Lucie LeBlanc was fifth for Brookhaven Academy. Georganna Allen was the first West Lincoln runner to finish as she claimed 10th place.

In the boy’s division it was Jonathan Mathis and Tiler Castillo both of West Lincoln finishing first and second, respectively. Mathis topped his teammate by two seconds to claim first in a field of 32 runners. West Lincoln would also claim the team crown over Natchez and Enterprise. Tucker Hoeniges was the top runner for Loyd Star in sixth place. Anthony Nations was the first to finish for Enterprise and Piker Ratliff was first across the line for Brookhaven Academy.

Also, on Saturday the Brookhaven High Panthers ran at the St. Andrew’s Invitational. The Lady Panthers finished first as a team and were paced by a second place (22:11) finish by Gracie Gray. Bailey Pounds finished third for BHS and Emmaline Wolfe, Carley Craigs, and Ellie Slay finished in eighth, ninth, and 11th places, respectively.

There were eight teams competing and Brookhaven easily outpaced Germantown for the team title.

The BHS boys also took top spot in the team competition and won by topping second place Germantown in a field of nine teams.

Sam Arnold took second place for the Panthers and he was closely followed by teammates Grayson Childress and Jake Thompson in third and fourth places, respectively. Collin Kellum also finished in tenth place for Brookhaven in the field of 88 runners.

The Brookhaven Academy Lady Cougars (37-3-1) have moved on to the championship series of the MAIS AA Fast Pitch State... read more