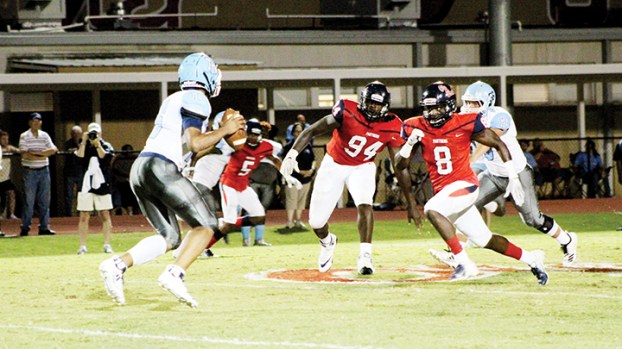 The Brookhaven High School Panthers host the Forest Hill Patriots Friday night for a Region 3-5A matchup on King Field.

Forest Hill — located in southwest Jackson — comes into the game with a 1-6 record. The Patriots do have an impressive loss, if there is such a thing, on their schedule after losing to West Jones 21-0 two weeks ago. West Jones is tied for the district lead and has scored 30 or more points in every game this season except two — a loss to Wayne County and a win over Forest Hill.

Panther coach Tucker Peavey has seen on film a Forest Hill defense that can give teams trouble.

The Brookhaven offense was shutout last week in a 20-0 loss to Laurel. The game was a scoreless tie after the first quarter, but two second-quarter Laurel scores made it 13-0 at halftime. Laurel scored on their opening drive of the second half and held BHS in check for the last two quarters.

Last season, the Panthers crushed the Patriots 45-6 on the road. The lone win for Forest Hill this season was a 16-0 defeat of JPS rival Jim Hill.

The Panthers and Patriots will kick off at 7 p.m.

One Lincoln County team will get their first region win Friday night when West Lincoln hosts Enterprise. The game is... read more