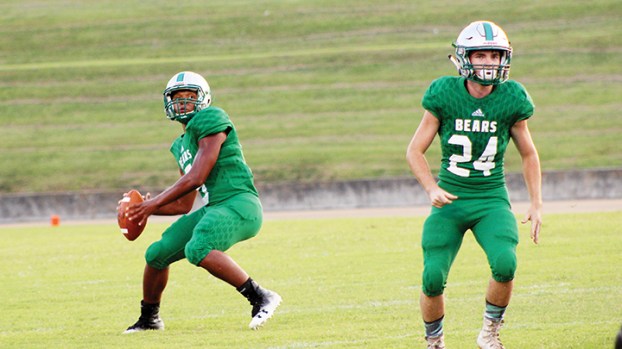 The game is the region-opener for Enterprise, who lost 24-20 to Mize last week. The Yellow Jackets know that to beat the Bears, they’ll need to stop Michael Brothern and Enrico Price.

Brothern — a junior — has run for 855 yards and eight touchdowns this season. Price — a freshman — has gained 755 yards in 2018 while averaging 10 yards per carry and scoring seven times.

“We’ve got to slow those two guys down,” said Enterprise coach Brooks Burns.

West Lincoln coach BJ Smithhart sees an Enterprise team on film that has been very close in their last three games. Enterprise held fourth quarter leads against Clarkdale, McLaurin and Mize before late scores by those opponents took victory away.

“Enterprise is big up front and they play extremely hard,” said Smithhart.

West Lincoln is coming off a 44-14 defeat to Amite County in Liberty last week. The Bears will be off next week before concluding the regular season by hosting Bogue Chitto and traveling to Loyd Star. Last season, West Lincoln beat Enterprise 46-24.

The Bogue Chitto Bobcats travel to Rankin County Friday night to tackle the Pisgah Dragons. The Dragons are the No.... read more