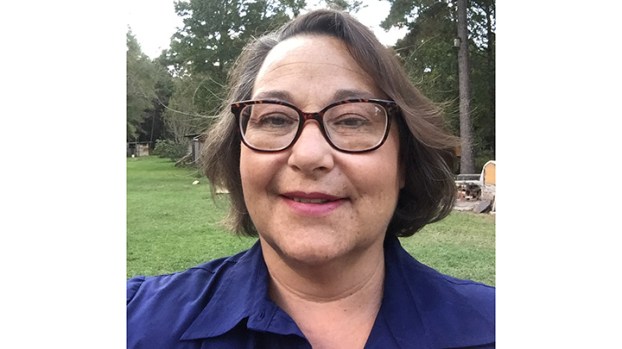 Student: I am my brother’s keeper

Marla Nottingham is a wife and mother, hotel night auditor and  college student who served in the Air Force for a while.

She and her husband, Riley, have lived in the country not far from West Lincoln for 13 years. They met 25 years ago next month in Oregon when she was visiting her cousin, who is married to his brother.

Nottingham served in the Air Force until a blown Achilles’ tendon forced her into a medical discharge. But her stint with the military put her on her path to a career in mental health.

She’s working at nights at the Holiday Inn Express in Brookhaven and also interns at Region 8 in Hazlehurst. She’s working toward a master’s degree in clinical mental health counseling at Jackson State University. She wants to help veterans who suffer from PTSD and expects to graduate in December next year.

Nottingham, who is part of the St. Regis Mohawk tribe, is originally from New York.

Her spirituality comes from nature and she prays in a sweat lodge on their property. A sweat lodge is a hut made with natural materials that is used by North American Indians for ritual steam baths as a means of purification.

“We support all the different people in our society,” she said. “We say ‘Mitakuye Oyasin,’ which means ‘All my relations.’ Since we are all the creations of Heavenly Father.”

Nottingham considers her service to others to be her best quality.

“I have always been service-oriented for as long as I can remember. I believe I am my brother’s keeper,” she said.

Lincoln County residents will get a $14 break on garbage bill

Lincoln Countians who have suffered through a year of bad to non-existent garbage service will finally get some money back.... read more