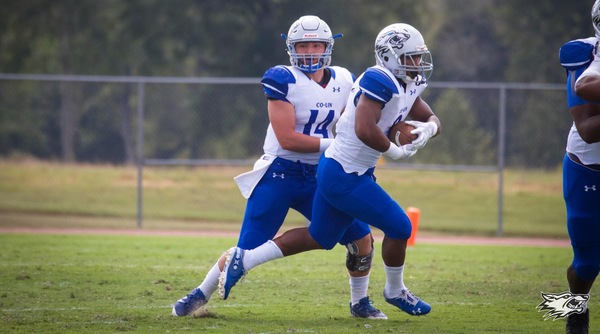 The No. 17 Copiah-Lincoln Community College Wolves, coming off a tough 28-23 loss to No. 7 Jones College, are set to take on the Southwest Mississippi Community College Bears for homecoming Saturday at 3 p.m. for Co-Lin’s final home game of the season.

The Wolves have won five of the last six matchups against Southwest and have already secured a playoff spot as the No. 2 seed out of the MACJC South Division behind Jones. Saturday’s activities will take place throughout the day, with the homecoming court presentation and sophomore football recognition beginning at 2:30 p.m.

Defensively, Co-Lin’s leading tackler, Swayze Bozeman, ranks third in the state with 70 tackles. Harrell Blackmon also ranks third in the MACJC with three interceptions on the year, while Natrone Brooks is sixth in the league with seven pass breakups.

Going into Saturday’s game, Co-Lin seems to have the upper hand in several statistical categories.

The Wolves have totaled 2,639 yards of total offense to the Bears’ 2,304. On the other side, the Wolves give up 327.1 yards per game, third best in the MACJC, while Southwest gives up an average of 429.1 yards per game, second to last in the league. The bears give up 237.5 of those yards through the air, which is Co-Lin’s main offensive weapon.

Co-Lin is also fifth-best in points allowed, averaging just 18 points per game compared to Southwest’s 41.6, which ranks at the bottom of the league.

Da’Bryan Magee leads Southwest from the quarterback spot. Magee, a freshman, has posted 1,091 yards on the year and 10 scores to just three interceptions. The rushing attack is split mostly between Zarious Keyes and the quarterback, Magee, due to the option style offense. Keyes has amassed 372 yards to Magee’s 361. Anthony Jones leads Southwest’s receivers with 15 catches for 313 yards and three scores. On the defensive side, Roderrickis Dozier leads the Bears with 52 tackles, while Anthony Hayes leads the team with 7.5 sacks.

To succeed, Co-Lin must re-establish the run game, an area of the game the Wolves failed to get going last week. With Dampier and Rico Owens getting quality looks from the backfield, the Wolves can open up the passing game, Southwest’s biggest statistical weakness, and get Davis and Co-Lin’s explosive wide receiver corps into the contest. With an effective two-dimensional offense paired with Co-Lin’s talented defensive front and hungry defensive backs, the Wolves have an opportunity to secure a homecoming victory Saturday.

When you watch him run and you see the combination of vision and speed, it’s hard to believe that Enrico... read more