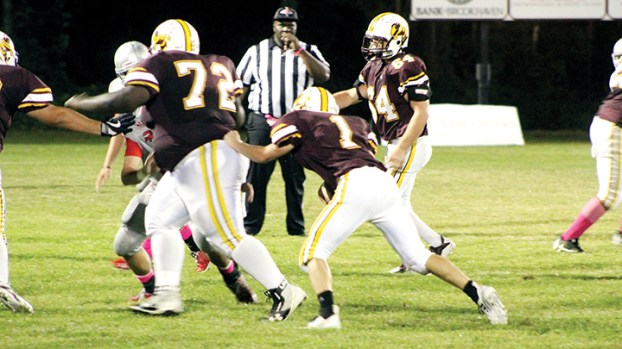 Bogue Chitto will host a first-round playoff game next Friday. The Bobcats are awaiting the loser of Madison-St. Joseph and Pisgah as their opponent.

The Bobcat offense has been the straw that stirs the drink this season for Bogue Chitto, as they’ve topped 40 points in every win this season.

Enterprise last beat Bogue Chitto in 2016. The Jackets won 14-6 that season and 36-12 the previous year. Last season, the Bobcats shut Enterprise out 48-0.

The Yellow Jackets are still searching for their first win in a season that has seen them come very close to victory on more than one occasion.

Enterprise held fourth-quarter leads in three straight games against Clarkdale, Mize and McLaurin before seeing the opportunity to win slip away.

The Jackets will honor their senior class prior to the game.

Kickoff between the Bobcats and Yellow Jackets is scheduled for 7 p.m.