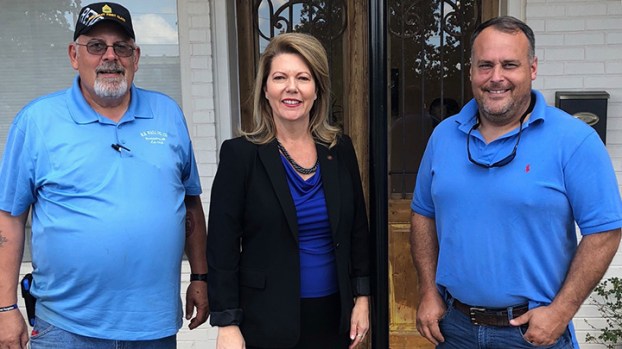 Organizers of the annual dinner and program held to commemorate Veterans Day are asking those attending to wear red in honor of veterans currently on deployments.

About 3,500 Mississippi National Guard Soldiers of the 155th Armored Brigade Combat Team — including troops from Monticello and Brookhaven units — are serving in Kuwait in support of Operation Spartan Shield.

The dinner is Nov. 9 at the Lincoln Civic Center. Veterans Day is Nov. 11.

“Our program will certainly focus on veterans and thank them for their service, but also to remember those who are deployed right now,” said Sen. Sally Doty, R-Brookhaven.

A special recognition will be given to the late James White, a Brookhaven police officer who died Sept. 29 in the line of duty. White honorably served his country in the Army National Guard in Operation Enduring Freedom.

Doty is one of many volunteers who start planning this annual event in early October. No one group or person takes the lead, but instead, many people work to see that it keeps going from year to year.

“It’s loosely put together with a group of volunteers who make it happen,” she said. “It’s a conglomeration of folks who love our veterans.”

Farm Bureau is in charge of cooking this year and veterans and their families will sit down to a free meal of grilled burgers and chips at 5:30 p.m. at the Lincoln Civic Center.

The program is open to the public and begins at 6 p.m.

PFC Brandon Graves, a former member of the 155th, will sing the national anthem and the children’s choir from Heritage Family Church will sing songs honoring each branch of the service.

The event started six years ago to coincide with the 10th anniversary of the Military Memorial Museum and has grown each year. More than 350 people — including at least 100 veterans — attended last year.

Doty mailed out invitations to veterans this week using a list she’s compiled that includes more than 450 veterans’ names. To be added to the list, call her office at 601-833-2711. An invitation is not required to attend.

Southwest, LCH opt out of WellCare