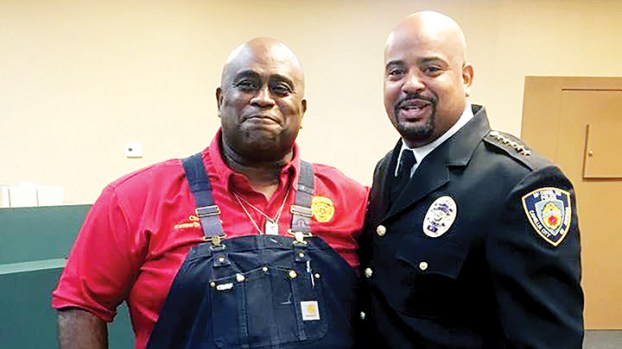 The families of two fallen police officers will be honored at a reception tonight hosted by the International Conference of Police Chaplains.

The public is invited to attend to support the families and law enforcement, said Chaplain Pat Butler. Doors will open at the Brookhaven Building at 1134 Beltline Drive at 5:30 p.m. The families of Brookhaven Police Cpl. Zach Moak and patrolman James White will be seated at tables for a meal along with invited law enforcement officers.

The banquet and program begin at 6 p.m.

Those who come for the program and to offer support for the fallen officers will be seated in an area behind families’ tables, Butler said.

McComb Police Chief Damian Gatlin, a former Lincoln County Sheriff’s investigator, will join Butler tonight to light a candle for White and Moak and another for William Durr, who was killed May 27, 2017, while responding to a domestic disturbance at a house on Lee Drive in Bogue Chitto. Seven other people were killed that night.

Gatlin has prayed for words to say to the families of the fallen officers.

Brookhaven Police Chief Kenneth Collins is the keynote speaker at the event and will talk about the theme of the evening, “All Give Some, Some Gave All.”

“Who better to speak?” Butler said.

White, 35, of Sontag, and Moak, 31, of Brookhaven, died Sept. 29, while responding to a police call on North Sixth Street. Their funerals were attended by state and local dignitaries and hundreds of law enforcement officers from several states.

Butler is chaplain for McComb Police Department but serves wherever she is needed in the area.

She presented Durr’s family with a plaque and lit a candle in his memory at last year’s reception.

White’s and Moak’s families will be presented plaques from the ICPC.

Colendula Green of the Jackson Police Department will be the emcee for the night.

Brookhaven police are asking for the public’s help to find the owners of property stolen from storage units in the... read more