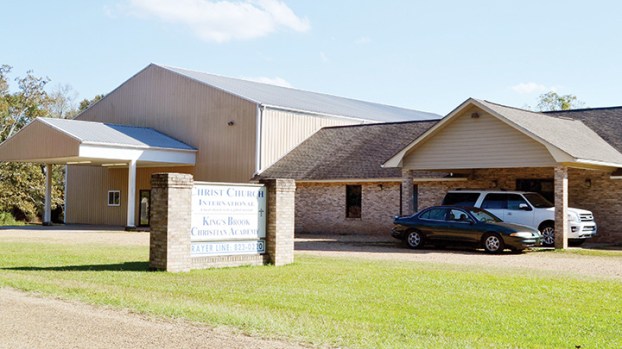 State investigators raided a church and private school in Brookhaven Tuesday, hauling away several computers and other devices they believe contain evidence of sexual assault by the group’s pastor.

Law enforcement officers with the Mississippi Attorney General’s Office executed a search warrant at Christ Church International and King’s Brook Christian Academy at 922 Smith Lake Road around noon Tuesday as part of a sexual assault investigation into the Rev. David Franklin, who pastors the church and oversees the small religious school there.

Investigators made no arrests, and Franklin had not been charged with any crime as of Wednesday. A church representative told The Daily Leader Wednesday morning Franklin would not comment for this story.

According to the search warrant and seizure inventory filed in Lincoln County Justice Court, investigators took three computers, the church’s video surveillance system, several phones and tablets, memory cards, paperwork and a pillow found in the church office. The pillow was turned over to the Mississippi Bureau of Investigation.

The search warrant alleges one of two minor children who had attended the school told investigators during a Sept. 26 interview Franklin had raped and sexually assaulted her for more than one year. The child also told investigators during the interview she had witnessed Franklin in a compromising situation with another student there and gave details of alleged inappropriate behavior.

Investigators say a physician’s test of the minor was positive for signs of sexual activity.

Investigators also point to past incidents of sexual abuse at the church and school — Franklin’s son, Josiah Franklin, was sentenced to eight years in prison and five years of post-release supervision in December 2014 after pleading guilty to one count of touching a female child under age 16 for lustful purposes. The sentence was part of a plea deal in which prosecutors dropped a second charge for the same acts against a female child under age 14.

He was 22 at the time and remains incarcerated at East Mississippi Correctional Facility.

The AG’s warrant says it picked up the investigation on Sept. 18 at the request of Lincoln County District Attorney Dee Bates, who was alerted by staff at the Mississippi Department of Human Services’ Brookhaven office.