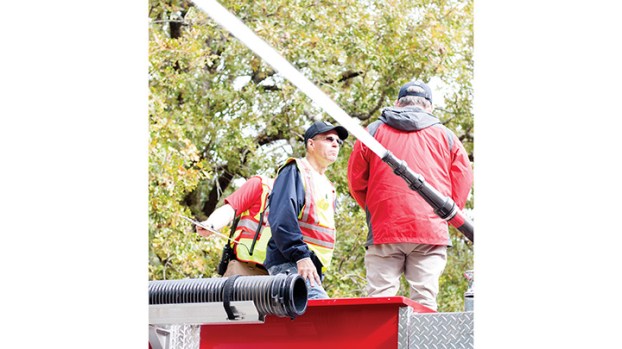 They aimed for an 8, and they got it.

The Mississippi State Rating Bureau has declared the Zetus Volunteer Fire Department’s new West Lincoln-area district as Protection Class 8, a ranking that should give homeowners in the zone a break on their insurance premiums. The new district is the department’s second rated zone and the sixth in Lincoln County.

“It’s a big accomplishment for us,” said Zetus VFD Capt. Jonathan Alford. “That’s a goal we had set out a long time ago, and we’ve been working on this for 10 years. This class rating allows us to better serve our community.”

The new Protection Class 8 district covers an area that reaches from Hwy. 84 to Bogue Chitto Road and from Arlington Drive Southwest to near the Franklin County line. It will be anchored by Zetus’ fire stations No. 2 and No. 3, at Gum Grove Road and across from West Lincoln Attendance Center, respectively.

Fire districts are ranked on a scale of 10 to 1, with 10 being the least prepared and 1 being the most prepared, and most rare. The MSRB says the most common protection class ratings for volunteer fire departments are between Class 6 and Class 9, and the most-prepared fire department in Mississippi is the Gulfport Fire Department, which is Protection Class 2.

Zetus chief Dale Anding said he’s proud of the new Class 8 district, but doesn’t want to keep it for long.

The next test will be tougher than the last — Zetus will again have to call on hauling help from neighboring departments for a Class 7 exam, which would require them to bring 25,000 gallons to the test site and pump at 400 gallons per minute. It will take a team effort to tank water to the test site,  just like in October, because the area has no fire hydrants, Anding said.

“There’s a few, maybe four or five, but not enough to sustain that kind of water,” he said. “The water departments charge the fire departments to put in hydrants, and we can’t pay $1,500 per hydrant to put them in.”

Lincoln County Emergency Management Director Clifford Galey said there’s little money to go around in volunteer fire fighting, and with the county’s departments steadily improving, there will be even less.

The county’s eight volunteer departments will split $289,733 in Fiscal Year 2019, with $189,733 coming from a local tax levy and the remaining $100,000 from taxes Lincoln County homeowners pay on their insurance premiums. Galey said it takes almost all that money to keep up with maintenance, fuel, utilities, training, equipment and other costs.

“The margin is kind of thin, and the more help we can get with our local donations, the better off we’ll be,” he said. “It would be great if our constituents out there in Lincoln County could donate a little when they get the requests in the mail from their local departments. We’re proud to be able to lower these rates, but it does cut into our funding.”

Sullivan Ford is Chamber’s Business of the Year

It was a costly award, but it wasn’t the plaque, or the handshake or the photo that was on his... read more