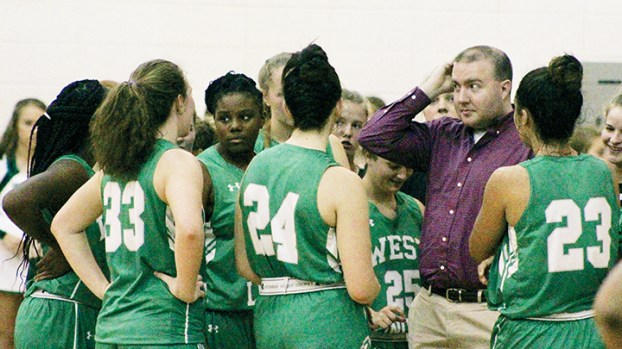 Here is a look at how area teams fared on Tuesday night in high school basketball action.

The West Lincoln Lady Bears (2-0) picked up a huge win on Tuesday night when they took care of the defending 4A state champion Lawrence County Lady Cougars (1-1) 55-50. West Lincoln head coach Brooks Smith said the atmosphere in Jack Case Gymnasium felt like a playoff game and helped get his team off to a hot start as they led 19-12 after the first quarter and 31-16 at halftime.

“It was a total team effort,” said Smith. “Lawrence County used pressure in the second half to give us problems, but Megan Gerald made some big free throws at the end. Skylar Hall shot the ball well for us and a credit to our fans for creating the atmosphere they did.”

West Lincoln hosts Salem on Friday and Lawrence County will play McComb on Monday in Monticello at their annual Thanksgiving tournament.

The Cougars split their varsity doubleheader at East Rankin in Pelahatchie on Tuesday.

Head coach Josh Watts said his team is still finding their roles with a limited amount of time in practice after getting their football players back this weekend.

“We played on Saturday, practiced together as a team for the first time on Monday, and played on Tuesday,” said Watts. “We played well in spots, but I’m looking forward to getting some practice time in this week.”

The Cougars don’t play again until Monday, when they host their annual Thanksgiving tournament.

The Lady Hornets (1-3) gave coach Christi Terrell her first victory since coming to Loyd Star with a 66-38 road win over West Marion on Tuesday.

“We finally clicked in the third quarter as a team,” said Terrell. “In the first half, we would have good moments and then offset them by doing something bad. We still have a ways to go to get where we want to be, but I am proud of the effort last night.”

The Hornets (4-0) remain unbeaten with a 74-45 win over the Trojans. Senior forward Zabien Price continued with his strong start to the season, as he led the Hornets with 18 points. Jett Calcote chipped in 17 points, Dane Smith scored 14 points and Reese DeHart added 13 points for Loyd Star.

“We came out with intensity on the offensive end” said Loyd Star head coach Seth Britt. “We had 63 points after three quarters and it was a good win for the boys.”

The Hornets host Brookhaven High tonight and travel to Wesson on Friday.

The Enterprise girls also picked up their first win of the season on Tuesday with a 34-28 win over Salem.

“We struggled to put the ball in the basket at times, but credit to the girls for fighting and doing what it takes to get the win,” said Enterprise head coach Shane Adams.

Salem led 18-9 at halftime, but would be undone by a big 18-7 fourth-quarter surge by the Lady Jackets.

The Enterprise boys (3-1) edged the Wildcats 49-43 in the finale. With their third win in four games, Adams and his team topped their 2017-2018 win total that saw them only win two games last season.

Enterprise is off until Nov. 27, when they travel to Mize.

“The guys played really hard and did a good job defensively after getting down 12-5 in the first quarter,” said Adams.

The Wesson Cobras visited Bogue Chitto on Tuesday night for a varsity doubleheader with the homestanding Bobcats. In the girls’... read more