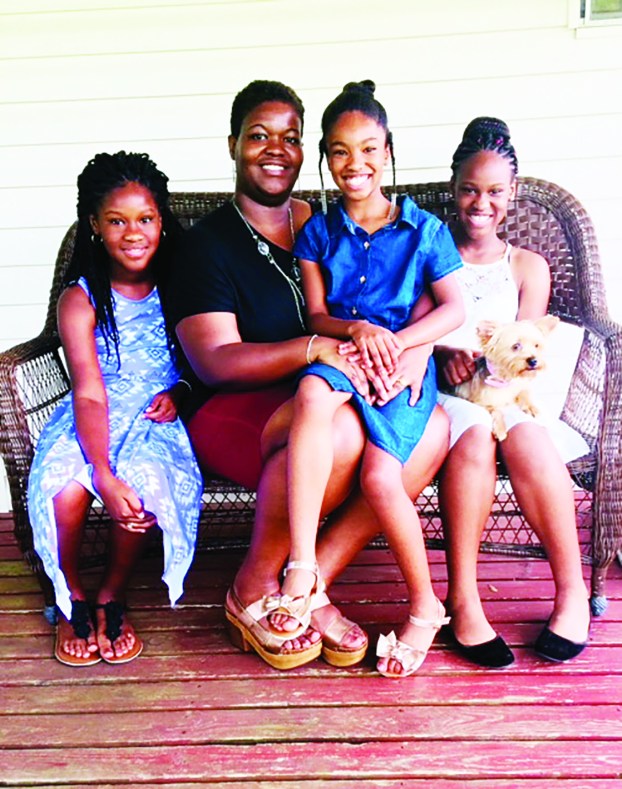 Photo submitted Angela Kelly and her daughters were selected by Habitat for Humanity for a new home. They will be riding on the Habitat Christmas float in the Brookhaven parade.

In five years, the Habitat for Humanity of Lincoln County has built two homes.

“In my opinion, that’s not enough for the needy in this area,” board member and certified safety construction manager Pete Corkern told county supervisors Monday. “We need the county’s help, so we can help the people of this county.”

Corkern and Habitat Executive Director Suzanne Smith asked the Lincoln County Board of Supervisors to build roads to, and into, a 37-acre tract of land a local landowner is willing to sell to Habitat in a build-now, pay-later plan to give the organization a place to construct new homes. Corkern and Smith said those acres, for which Habitat would pay $3,000 apiece once a home is built, would give the group enough space to build nearly 80 homes in the coming years.

Right now, it looks like Habitat’s best shot for carrying out its mission.

Smith told supervisors the local chapter selected a family in January, pulled in donations of time and materials early on and has been trying to build a Habitat home all year, but has busted out twice on lots inside Brookhaven. Each time Habitat tries to close the deal on a lot, the plan falls through with dirty titles or heirs in disagreement.

“We’re trying to get a little momentum going,” Smith said. “We’ve got a lot of support for this house — we can build it, we just can’t find a lot.”

Habitat for Humanity is a non-profit organization that builds affordable homes for people in need, cutting down costs through volunteerism and donations to price out homes at around $50 per square foot. The affordable homes are then mortgaged to a selected family on a 31-year, interest-free note.

Smith said the Lincoln County chapter received 13 applications in 2018 — the family currently waiting has three children, she said — and will receive another round in January. She’s worried the organization’s donors will seek other causes to support if Habitat can’t break ground soon.

“We have commitments, but we have to build a house to keep those resources coming into the area,” she said.

Supervisors agreed to take Habitat’s request under advisement and come up with an answer at the next board meeting on Dec. 3. But supervisors have to be careful — the law prohibits county government from making improvements to private property except in cases that where public health is affected. Normally, private roads are built and turned over the county for upkeep if they meet certain specifications.

Supervisors are also mindful of setting a precedent where other private enterprises could demand public roads.

“We don’t want every subdivision that gets built to ask us for a road,” said District 4 Supervisor Eddie Brown.

While Habitat shops around for a homesite, Smith said the organization is keeping busy with repair projects for needy families. It recently installed accessibility features into the bathroom of an elderly couple and is seeking more people in need of such improvements.

Smith said Habitat is always looking to recruit new volunteers and takes any donations. Anyone wishing to get involved, contribute or sell off an acre for a Habitat home may contact Smith at 601-823-4061.

New volunteers are always welcome, though not everyone will get the same welcome Corkern received from the late Peck Vaughan in 2013, when the former building committee chairman handed Corkern the keys to the Habitat office, and his position in the organization.

“I went in and sat down in an open seat by an elderly gentleman, and once they found out I was a retired commercial contractor, the gentleman reached in his pocket and handed me a key,” Corkern told supervisors. “I said, ‘What do I need a key for?’ He said, ‘I’m not but 91, but I think I will go ahead and retire from Habitat so I can concentrate on building wheelchair ramps for the people of Lincoln County who need them.’”

Brass band is warm-up for ‘Star’

TubaChristmas has finally found its way to Brookhaven. Merry TubaChristmas 2018 can be heard and seen Dec. 1 at 5... read more