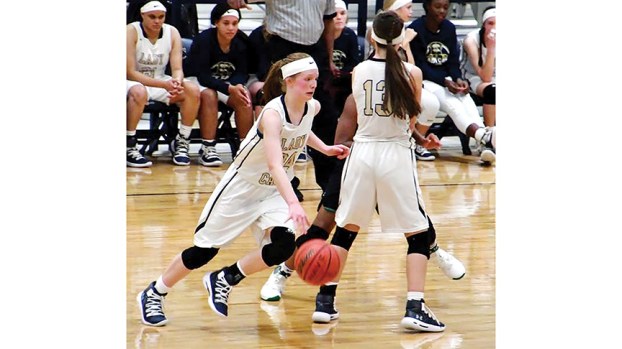 Bogue Chitto split their varsity doubleheader with McLaurin on Tuesday night at home. The Lady Bobcats (5-1) defeated the Lady Tigers 49-28, and McLaurin beat the Bobcats (1-5) by a final score of 74-46.

“Our shots were falling tonight,” said Lady Bobcats senior guard Cheyenne Hall. “We played really great defense. We worked as a team and the team effort was good.”

“Our team effort was really good,” said Clay. “Our defense kept McLaurin’s scoring down and we did good on getting offensive and defensive rebounds. We played like a team and had good chemistry.”

The Lady Bobcats would score the first basket of the game as Hall stole the ball and drove down the court to hit a layup.

“We played as a team,” said Lady Bobcats junior Katelynn Palmer. “We worked together as one and I’m glad we could actually grow as a team and have team spirit.”

The Lady Bobcats are winners of five straight games.

In the boys’ game, McLaurin’s defense caused trouble all night long, creating turnover after turnover, and beating the Bobcats on the boards.

The Tigers opened up the game hitting back-to-back baskets before Bogue Chitto was able to get a basket to go.

McLaurin led 13-4 after the first quarter and held a commanding 46-18 halftime lead.

“We had too slow of a start, “said Bogue Chitto head coach Marvin McGee.

Bogue Chitto travels to Stringer on Friday to take on the Red Devils.

The senior trio of Dawson Flowers, Cade Brown and Cole Griffin will represent the Brookhaven Academy Cougars Friday in the... read more