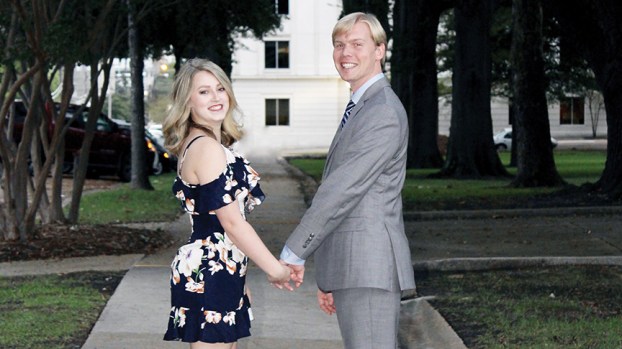 He is the son of Roy Lynn Culpepper and Susan Brooks Culpepper.

Miss Morris is a 2014 graduate of Oak Grove High School and a 2018 graduate of Mississippi State University with a bachelor’s degree in graphic design. While a student at MSU, she was a member of Delta Gamma Sorority and the MSU Pom Squad.

She is employed as a graphic designer, and is a teacher at Boardtown Dance.

The prospective groom is the grandson of Francis Brooks of Dutton, Alabama; the late Willie Brooks; Maree Culpepper of Fort Payne, Alabama; and the late Wilson Culpepper.

Mr. Culpepper is a 2013 graduate of Buckhorn High School, Huntsville, Alabama, and a 2017 graduate of Mississippi State University with a bachelor’s degree in accountancy. While a student at MSU, he was a member of Alpha Tau Omega Fraternity and served as senator for the College of Business.

He is a second-year law student at the Mississippi College School of Law.

The couple will exchange vows on Saturday, Dec. 29, at The Ivy in Flowood.