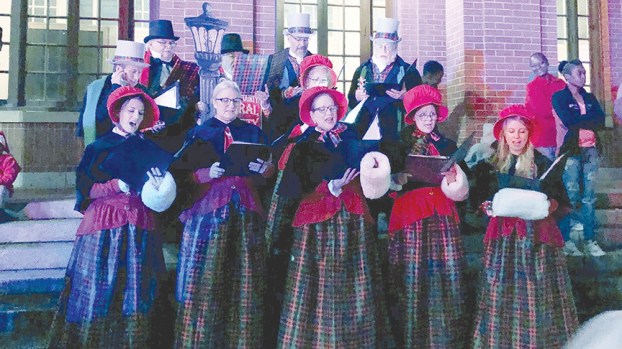 Singing about hot chocolate in September might be a bit odd, but the extra practice will come in handy Tuesday night when the Lincoln County Chorale presents its annual Christmas concert.

Members of the chorale begin meeting in late summer to get ready for the holiday performance, spending at least one day a week with each other to nail harmonies and create show-stopping numbers their audiences have come to expect.

The song, “Hot Chocolate,” will be one of those numbers guaranteed to please, said Marily Driskell, a founding member of the chorale.

“This sassy song from the movie ‘The Polar Express’ sets the stage for the happiness of every song, both secular and sacred, performed by the group,” she said.

Driskell, a soprano, is one of about 30 volunteer vocalists who make up the Lincoln County Chorale. Director Cindy Hunter chooses the music for the group and this year she’s outdone herself, Driskell said.

“It’s unusual and stirring arrangements of favorite carols and beautiful renditions by (composers) John Ritter and Dan Forrest make a program every age will enjoy,” she said.

Pianist Steve Russell, the organist for FUMC, will accompany the chorale.

The concert will be held at 7 p.m. at First United Methodist Church. Admission is $5. Money raised through the concert helps pay the royalty fees for their music, she said.

Everyone in attendance will be eligible for a door prize.

Driskell began singing in her teens and has always enjoyed choral music. She helped organize the Lincoln County Chorale so others with the same interest would have a place locally to create and perform.

Membership is open to anyone who likes to sing and is willing to practice. The chorale performs at Christmas, but sometimes performs a summer concert as well.

They begin practice for the patriotic medleys in the cold of winter.

The chorale recently joined students from the Mississippi School of the Arts on a trip to New York to sing at Carnegie Hall.