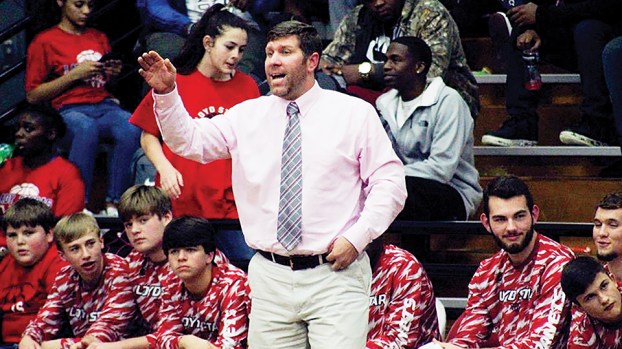 Here is a look at how area high school teams faired in weekend basketball action.

The Loyd Star Hornets (8-5) beat Franklin County 57-42 in their boys’ matchup on Friday night. Loyd Star led 26-20 at halftime and got 25 points and 17 rebounds from senior guard Dane Smith. Senior forward Zabien Price chipped in 12 points and 10 rebounds for the Hornets.

In the girls’ game, the Lady Bulldogs held on for a close 45-44 win over Loyd Star (6-7). Franklin County beat the Lady Hornets 51-36 in the season-opener for both teams on Nov. 1. Loyd Star plays at Brookhaven High tonight before hosting Pisgah on Friday in their final game before the Christmas break.

In the boys’ game, the Jaguars defeated the Bears 73-64. Karlton Byrd scored 23 points to lead the Bears (5-6). West Lincoln travels to play Cathedral in Natchez on Friday night in their final game of 2018.

In the boys’ game, the Panthers (10-2) ran out to a 13-3 first-quarter lead and never looked back. Senior forward Lafollete Bogan scored a team-high 14 points while grabbing six rebounds, and sophomore point guard La’Darious Thrasher added 11 points. Lawrence County got 10 points from freshman guard Jaheim Bell. The Cougars went 4-for-27 from the three-point line.

BHS hosts Loyd Star tonight in Sinclair Gymnasium. Lawrence County next plays on Friday at the East Marion tournament. The BHS game at Warren Central that had previously been scheduled for Friday has also been moved up to Thursday night.

Saturday saw BA travel to Parklane for a pair of games with the Pioneers. The BA girls held off Parklane 41-40. The last time the two teams met the Lady Cougars won by 20 points. On Saturday, Case scored 20 points and sophomore Makayla Martin added 12 points.

The BA boys (11-1) won’t play again until Dec. 27 when they are in action at the Columbia Academy tournament. The BA (8-3) girls next play on Dec. 28 at a tournament hosted by Biloxi High.

In the boys’ game, 10-4 Stringer built a double-digit lead that proved too much for Bogue Chitto (3-9) to overcome, as the Red Devils took home a 71-57 victory over the Bobcats. Bogue Chitto got 18 points from junior Josh Thomas and 14 points from freshman point guard Markee McGee.

The Bobcats travel to Wesson tonight.

The Wesson boys (11-1) picked up a marquee win as they handed 4A South Pike their first defeat of the season 62-60 in the Snake Pit. Senior guard J.D. Allen scored 25 points for the Cobras and Shemar Dickerson added 19 points. Wesson led 55-45 after three quarters and were able to hold off a South Pike rally in the final eight minutes to secure the win.

In the girls’ game, the unbeaten Lady Eagles flexed their muscle on the way to a 55-27 win over the Lady Cobras (1-11). Wesson hosts Bogue Chitto tonight and North Pike on Thursday night before playing at South Pike on Friday.

Enterprise comes up 3 short vs. Salem

It was a close game from the tip on Friday night but in the end, it was the Salem Wildcats... read more