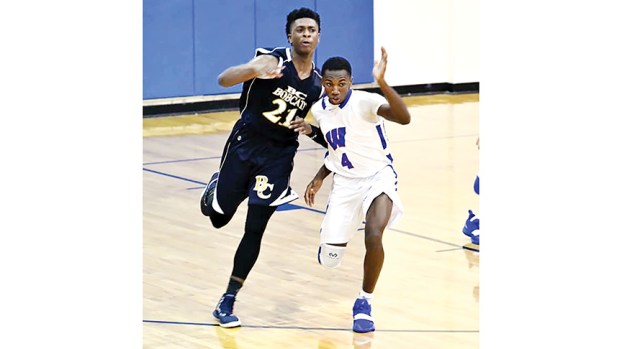 The Bogue Chitto Bobcats traveled up Hwy. 51 on Tuesday night for a matchup with the 3A Wesson Cobras. In the girls’ game, the Lady Bobcats picked up their 10th win of the season with a 45-32 win. The Wesson boys won their seventh game in a row with a 63-28 triumph over the Bobcats in the finale.

“We played well,” said Bogue Chitto head coach Robby Walters. “We made the extra pass and shot over 50 percent through the first three quarters.”

Walters and his Lady Bobcats host the always-strong Wayne County Lady War Eagles on Saturday in Bogue Chitto. 5A Wayne County (5-6) is a little down this season, but has always been one of the most well-coached teams in Mississippi under the leadership of state champion winner Gina Skelton.

“It’ll be a challenge for us, but I’m looking forward to it,” said Walters. “Coach Skelton was playing at Wayne County when I began my coaching career there.”

With their next win, the Lady Bobcats (10-4) will match their win total from last season.

The Wesson boys (12-1) are another team that is close to already matching their win total from last season (13) before the holiday break this year.

Wesson hosts 5A North Pike tonight in the Snake Pit and travels to South Pike tomorrow night. The Cobras whipped North Pike 75-54 earlier this season and handed South Pike a 62-60 loss last week that was the first of the season for the Eagles.

On Dec. 27 and 28 the Cobras will play 5A Germantown and 6A Southaven in the Pearl Christmas Tournament. Wesson coach Rusty Newman hopes his team will rise to the occasion against the larger schools and the athletic teams they’ll trot out.

“We’ve got a challenging stretch ahead, but it all goes back to preparing for region play that starts after the holiday break,” said Newman. “We’re going to see some good competition over this next four game stretch.”

Road back for Trevillion ends tonight