Mr. Calcote, 81, died Monday, Jan. 7, 2019, at Baton Rouge General Butterfly Wing. He was retired from Louisiana Department of Transportation. He was also a US Army Veteran. He was a graduate of Mississippi State University. He graduated in civil engineering and worked 34 years for the LA DOTD. He was a member of First United Methodist Church for 55 years serving in many different ministries as a servant of Christ. Chester was very active within the community such as Baton Rouge and Zachary food banks, Habitat for Humanity, Red Cross, Revive 225 and countless other community and faith-based organizations.

Chester was an avid sports fan, whether it was his Bull Dawgs or the Fighting Tigers. He was a very devoted grandfather following his grandchildren’s activities even if it meant traveling out the state.

The family would like to thank Dr. Michael Castine and his staff at the Hematology Oncology Clinic in Zachary and the sixth floor Oncology Staff at the Baton Rouge General and Hospice of Baton Rouge. 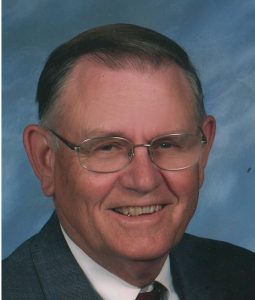