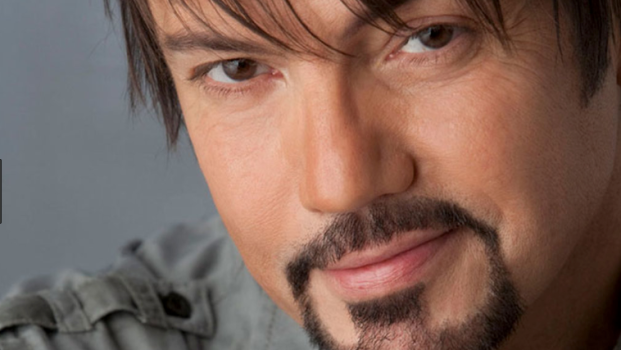 Some of the female residents at the nursing home swooned when the country singer looked their way.

After all, he’s Jeff Bates and he was giving them their own concert while he was in town last year.

“I had two women fighting over him,” said Sherry Sellers, activities director at Diversicare of Brookhaven. “They loved him and they wanted me to get him to come back again.”

Sellers asked the Bunker Hill native to return and he obliged.

Bates will be at Diversicare Saturday at 3:30 p.m. to sing for residents and their families and will appear at CenterPoint Church Sunday at 11 a.m. to lead the worship service and give his testimony.

The church is located at 640 Halbert Heights Road next to the Lincoln County Baptist Association.

This is a return visit to CenterPoint for Bates as well.

“We heard he’d be in town and reached out to him,” said worship pastor Topher Brown. “We had a really good time with him the last time he was here. His testimony and story is really, really powerful. Our congregation certainly got a lot out of it.”

Bates was on the road to becoming a successful country artist when he was detoured in the late 90s by drugs and alcohol.

Bates became addicted to meth in 1999 and was arrested in 2001 for grand theft and drug possession.

He landed in jail and talked to God.

“A lot of times you get trapped in a situation like that and you want to make a deal with God — get me out of here and I’ll be a better person,” Bates said in a media release. “I didn’t want that and I didn’t ask for that deal. I simply said I don’t want to be this person anymore. Please help me be a better person. That was all I was after, no matter how long I had to stay in jail to do it.”

Just two years after being released from jail, Bates inked his first record deal with RCA Records and released his debut album, “Rainbow Man.” Three more albums would follow for Bates, including “Leave the Light On” which was also on RCA and self-titled project and “One Day Closer,” both on Black River Entertainment.

However, his greatest accomplishment through it all was not scoring his first Top 10 single or having a hit album under his belt, it was being a loving father to his daughter, Brianna.

“Being a daddy is my No. 1 job,” Bates said. “Nothing is as satisfying to me as being that little girl’s daddy.”

Bates received nominations in four categories for the 2018 Inspirational Country Music Awards, including Male Vocalist of the Year, Entertainer of the Year, Song of the Year and The Living Legend/Pioneer Award.

Some of his popular songs include, “Long, Slow Kisses,” “The Love Song,” and “I Wanna Make You Cry.”

While he continues to work on his own musical projects, his book, working with other artists and being a full-time daddy, Bates also maintains a busy touring schedule each year, as well as speaking engagements to share his story with those to help prevent them making the wrong decisions in life as he did some 20-years ago.

He shares his testimony with song and story. He tells the trials and tribulations of his drug addiction, going to jail, finding Jesus and what the Lord has done for him in the years of his sobriety.

“He’s got a past and a story that relates to a lot of people in our community, probably more than people would realize,” Brown said.

Bates’ message is one of hope and grace.

“There’s something in his story that can relate to anybody. That’s one of the reasons why his testimony is so important,” Brown said.

Bates’ current secular project titled “Me and Conway” includes six original tunes and six Conway Twitty classics, one of which is a duet with the legendary Loretta Lynn.

Those are songs the residents at Diversicare will probably enjoy.

“It’s a good thing that he’s doing for the older people,” Sellers said. “It makes them feel alive. It means a lot to them.”

Time to pay up. Real and business property tax bills for 2018 are out in Lincoln County, and mobile home... read more